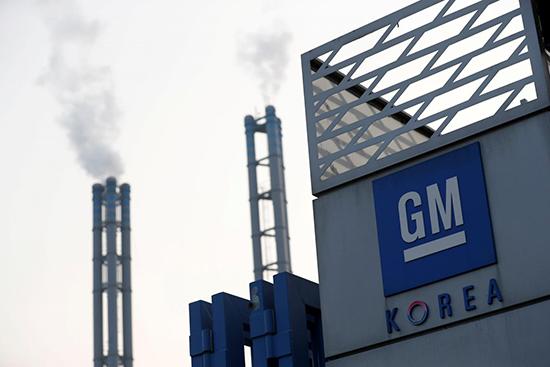 BUPYEONG, South Korea (Reuters) – When Lee Bum-yeon lost his job along with nearly 2,000 other union workers in 2001 after South Korea’s Daewoo Motor went bankrupt, his neighbors at supermarkets and bakeries gave his young daughters free snacks and bread.

“People felt sorry. People felt heart-broken. They were worried how we were going to make a living,” 55-year-old Lee said.

Now, with General Motors cutting some 2,600 jobs and threatening to leave South Korea in the absence of steep union concessions, the once sympathetic public is nowhere to be seen.

“I don’t think anyone is feeling for us anymore,” a grim-faced Lee, who was rehired by GM a year after it bought Daewoo in 2002, told Reuters outside GM’s Bupyeong factory near Seoul.

South Korea’s reputation for militant unions and rigid labor practices have long been cited as contributing to high labor costs and a persistent discount for corporate Korea. Shares of South Korean companies are typically undervalued in comparison to their global peers, a phenomenon known as the “Korea Discount”.

Now, like unions in other major auto producing countries, Korean labor leaders are under pressure to make concessions as automakers look to shift jobs and investment to countries with lower costs.

“I expect militant unions to become more reasonable, which would lead to enhanced labor flexibility,” said Kim Sung-soo, a fund manager at LS Asset Management. “Unions have learned a lesson from past incidents where they can lose all if they go militant.”

Unions at large firms spearheaded South Korea’s fight for wages and basic labor rights against powerful family-run conglomerates known as chaebol, during the country’s rapid industrialization in the 1980s and 1990s.

They also led South Korea’s democracy movement under then authoritarian governments, enjoying backing from non-unionised workers at small firms and the broader public.

But the power and influence of the unions has been weakening. Much of the public now seeing them as an “interest group which seeks to maximize their own interest”, said Kim Tai-gi, an economics professor at Dankook University in Seoul.

Union membership has halved in the last two decades to just 10 percent of workers in 2016, according to labor ministry data. That is the second-lowest after Turkey among member countries of the Organisation for Economic Co-operation and Development.

GM, which employees 16,000 South Korean workers, announced in February it would close its Gunsan plant and weigh options for its three other factories in the country.

GM’s union already said it will not seek a pay rise or bonuses this year, the first time it will forgo such demands during annual wage talks since GM acquired Daewoo.

But GM warned its loss-making South Korean operations would file for bankruptcy unless the union agreed to further cost cuts by April 20. [nL3N1R86MN]

Cha Min-song, a 29-year-old nurse from Suwon, south of Seoul, couldn’t care less about the plight of the big auto unions.

“They already earn way more than most South Koreans, but young people are struggling to find jobs, many of them are just temporary workers,” Cha said.

‘OBSESSED’ WITH OWN INTEREST

The 1987 democracy movement and the creation of unions at Hyundai Group and other large conglomerates led to widespread wage increases in the early 1990s.

But after massive layoffs following the 1997-1998 Asian financial crisis, workers at big companies became “obsessed” with their own job security, said Yoo Hyung-geun, a professor at Pusan National University.

Their fight for job security and more wages often came at the expense of young job seekers, and workers at smaller firms.

Workers at firms with 30 to 99 employees earned only 68 percent of what those at companies with more than 300 employees made last year, according to Reuters’ analysis of labor ministry data. The corresponding figure was 78 percent in 1993.

Meanwhile, youth unemployment in South Korea hit a record 9.8 percent in 2017, almost three times the national rate, and worse than Japan’s 4 percent and 8.1 percent in the United States.

The government of President Moon Jae-in, a former human rights lawyer who defended union activists, is advocating for non-unionised temporary workers, while calling on unions to try to regain public support.

“We feel very betrayed by the government and Moon,” said a union official at Kumho Tire. “Not just the president but many cabinet members were engaged in the labor movement in the past, but they are now saying no to us.”

Kumho’s labor union protested and threatened to strike when creditors agreed to sell the troubled company to China’s Qingdao Doublestar last month. In the face of public and government pressure, the union eventually agreed to the deal.

“The public do not understand why highly paid regular workers are protesting and walking out, when temporary workers can’t even strike because they are at risk of losing their jobs at any moment,” the Kumho union official said.

Others acknowledge changes are needed at the unions.

“We have to honestly admit that we have lost our way,” said Lee, the GM worker.