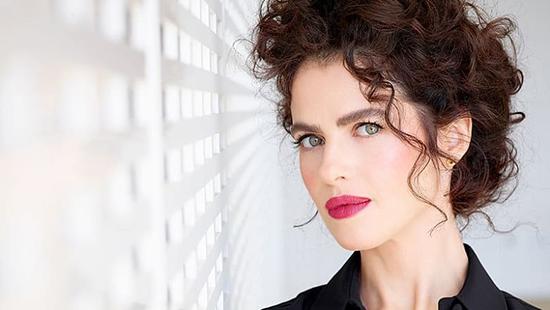 For those still recovering from Brad Pitt and Angelina Jolie’s 2016 split, we have some news: Pitt is reportedly “spending time” with a new woman by the name of Neri Oxman.

Oxman, who, it must be said, resembles both Jolie and Pitt’s Legends of the Fall co-star Julia Ormond, is known as a “rockstar” professor at MIT. Pitt, 54, reportedly met Israeli-born Oxman, 42, who is an award-winning artist and architect, at some sort of MIT architecture project in November last year.

You’ll recall that Pitt studied journalism at University, but is deeply into architecture, having commissioned a slew of famous architects to design flood-proof houses in New Orleans after the city flooded in 2005. He also designed engagement rings for both his former wives, Jennifer Aniston and Angelina Jolie. And then there was the time Jolie bought him a waterfall, based on a design from Frank Lloyd Wright.

But back to Oxman, who is also divorced and, according to Page Six, “hit it off [ with Pitt] because they share the same passion for architecture, design and art”.

She has previously been linked to billionaire hedge fund manager Bill Ackman, given a TED talk, and actually coined the term “material ecology”.

In other words, she’s kind of a big deal.

A spokesperson for Pitt has stressed that they are enjoying a “professional friendship”, which is all good and well, it’s just that, they also said this, “Their friendship has not turned into romance … as both are cautious”. Yeah, look, if you’re not interested in taking things beyond a professional friendship then there’s no need to be cautious, is there?

In celebrity terms, this is known as a “slow roll out”. It’s the sort of reporting designed to give Pitt’s adoring public time to adjust to the thought of him unattached to Jolie and attached to someone else. And it’s been building for months.

So, while this is sad news for anyone who held out hope for a reconciliation between Jolie and Pitt, (their divorce has not yet been finalised), it’s actually great news for ambitious women, but perhaps not in the way you might first imagine.

If you’re a person interested in how the mainstream media, (including self-help books, and advice columns) prescribes relationship success for women, you may remember that around a decade ago, women were still being told to, climb the corporate ladder, by all means, but be careful, because it might cost them a husband. This was by no means new, it just reached a sort of crescendo ten years ago.

Ten years ago? That seems so retro! It does, doesn’t it? So let’s review. Remember Lori Gottlieb’s best-selling manifesto, Marry Him! The Case for Settling for Mr. Good Enough? It came out in 2008.

Remember the original article it was based on? In which she cautioned any woman who was over 35 and wanted the infrastructure in place to have a family to, “Settle! That’s right. Don’t worry about passion or intense connection…”

That feminist life dream of having personal and professional goals fulfilled, was according to Gottlieb, “exactly how many of us empowered ourselves out of a good mate”.

Remember there was a raft of blogs, like this one, from 2006, urging women to “Get Married First, Then Focus on Career”.

Or even articles like this one, in which dudes express fear that the same character attributes that enabled their woman to become successful would be a major turn-off to a man who is just looking for a stress-free time at home with wifey.

But if we look around at our culture’s glamorous Alpha dogs – George Clooney, Ben Affleck, and now Pitt – we see that being a mega-accomplished woman is no deterrent to romance. Amal Clooney, international human rights lawyer, Lindsay Shookus, television producer, and now Neri Oxman, the rock star professor, might be largely unknown to the wider public, but one thing is obvious: they are no slouches in the accomplished career department.

One might argue that in 2018 these women are, in one sense, still settling. Clooney himself has admitted he “married up”. But, if we know anything about celebrity culture, it’s that the decisions made by famous people have a trickle down effect – we see this in everything from fashion to cosmetic enhancements to weddings.

And the good news for ambitious women is that being successful in your career doesn’t repel men, so much as weed out the wrong sort of men, leaving you free, when the time comes, to enter into a relationship with a super-successful, really, really good-looking movie idol.