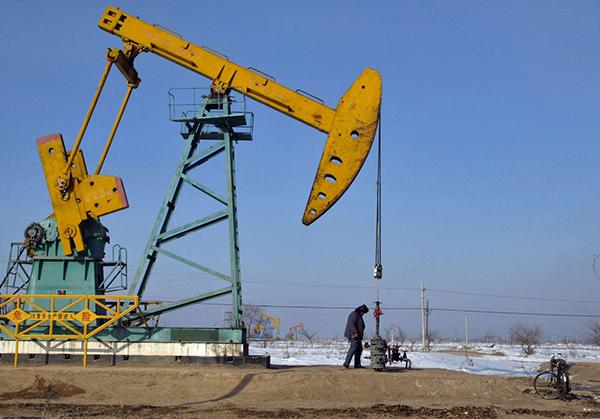 The International Energy Agency has long received criticism for its energy forecasts, which, as is typical with any long-term projections, often miss the mark. But a new report accuses the Paris-based energy agency of helping to lock in fossil fuel energy investments at a time when the IEA itself should be helping governments transition to clean energy.

The report, from Oil Change International, says that the IEA’s New Policies Scenario (NPS), “the world’s foremost guide to decisions on energy policies and investments, steers those decisions towards levels of fossil fuel use that would cause severe climate change.”

Oil Change International estimates that global greenhouse gas emissions under the NPS would breach the carbon budget needed to keep warming below 1.5 degrees Celsius by 2022. The carbon budget for the 2-degree C scenario would be exhausted by 2034.

Put more bluntly, the report says that of the IEA’s recommendation for the amount of investment needed in upstream oil and gas through 2040, an estimated 78-96 percent of that is “incompatible” with the goals laid out in the Paris Climate Agreement.

In other words, while the IEA repeatedly states that governments need to transition to cleaner forms of energy, it is also pushing recommendations for oil and gas investments that would blow up any chance of achieving those goals. Oil Change International says the IEA is recommending some $11.2-$13.8 trillion in upstream oil and gas investment through 2040 in excess of what would be required to halt dangerous levels of global warming. “This excess investment should be urgently redirected into clean energy,” the report argues.

While oil and gas proponents might feel inclined to dismiss such statements as unrealistic, the report highlights the contradiction at the heart of the IEA’s forecast, or, for that matter, the conflicting goals of most governments around the world.

As the OCI report argues, one of two scenarios could play out along this business-as-usual trajectory: Either the world continues to invest in exploration, development and the production of existing and new oil and gas reserves, which would lead to vastly overshooting the emissions limits laid out in the Paris Climate Agreement, or governments take action to restrict the combustion of oil and gas, leaving enormous levels of capital stuck in wasted assets. The OCI criticizes the IEA for making either of these scenarios more likely by not offering a clear path forward for a managed transition.

Indeed, the IEA has repeatedly called upon the oil and gas industry to increase spending, warning that absent a dramatic ramp up in exploration and drilling, the world could suffer a shortage of oil supply in the 2020s. “Our message to the oil industry here in Houston is invest, invest, invest,” IEA Executive Director Fatih Birol said at the 2017 CERAWeek Conference.

That sentiment has been echoed repeatedly in IEA reports. “We are witnessing the start of a second wave of U.S. supply growth, and its size will depend on where prices go,” Birol said in its Oil 2017 report. “But this is no time for complacency. We don’t see a peak in oil demand any time soon. And unless investments globally rebound sharply, a new period of price volatility looms on the horizon.”

The IEA is merely a repository for energy data, and it aims to inform sound decision-making by governments and private companies. Is the agency really to blame for perpetuating a system dependent on fossil fuels, or is it simply laying out the facts?

OCI argues that the IEA directly aides more oil, gas and coal development by providing the economic and investment justification for new projects, such as explicit calls for needing “every single drop of Canadian oil” and needing “every drop of Norwegian oil,” statements that were used to bolster the case for expansion.

But there is also an indirect effect of the IEA’s conservative tradition that has long focused on the promotion of oil and gas development in an effort to improve energy security. That bias towards new fossil fuel supply also contradicts the agency’s more recent, and urgent, objective of limiting carbon emissions.

“More indirectly, the IEA’s central focus on the NPS feeds a general expectation that fossil fuel demand will keep rising, and even a moral argument to keep developing fossil fuels as a means to provide for energy needs,” OCI wrote. It is notable, for instance, that the IEA has repeatedly underestimated the growth of renewable energy, which is important since the agency’s forecasts have been used to justify multi-decade investments in new coal production in Australia, for example.

Meanwhile, more and more shareholders are asking oil companies how exposed their assets are to carbon constraints, which likely pose a serious financial risk. Often, the climate “stress tests” use IEA scenarios as a rubric, which OCI says offer a false sense of security because even the climate-friendly scenarios are not sufficiently ambitious to meet the Paris climate goals.

“The IEA provides an energy roadmap that is supposed to lead us to safety, but in fact it takes us over the cliff,” said Greg Muttitt, research director at Oil Change International, according to The Guardian. “Any government or financial institution that uses these scenarios as a basis for investments in oil and gas is getting seriously bad information. It’s shocking how far off the Paris agreement they are.”