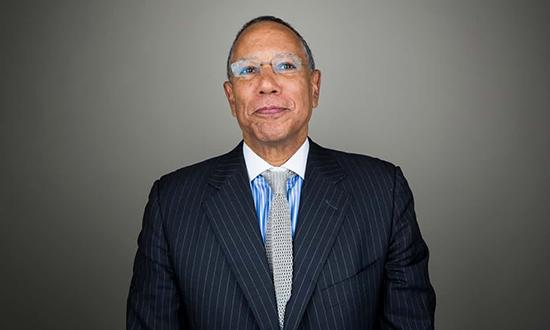 Donald Trump’s attacks on the press are “out of control” and damaging “the civic life and debate of the country”, the editor of the New York Times said on Sunday.

Dean Baquet was responding to a tweet in which the president attacked his main rival.

“The Washington Post is far more fiction than fact,” Trump wrote. “Story after story is made up garbage – more like a poorly written novel than good reporting. Always quoting sources (not names), many of which don’t exist. Story on John Kelly isn’t true, just another hit job!”

The Post story in question concerned the reportedly waning power of White House chief of staff John Kelly and what the paper called “recurring and escalating clashes [with] the president [that] trace the downward arc of Kelly’s eight months in the White House”.

The Post said the story was based on “interviews with 16 administration officials, outside advisers and presidential confidants, many of whom spoke on the condition of anonymity”.

On Saturday Axios also carried a story on Kelly, reporting that he threatened to quit on 28 March. The website cited “sources familiar with events” and quoted an unnamed “senior administration official” who played the story down. It also said Kelly had threatened to quit many times before.

Trump’s antipathy, he said, “hurts the media. I think the president missed the part of high school civics where the first amendment was explained, and where the role of free and independent press was explained. And I think this is debilitating.”

The president regularly tweets messages that correspond to content on Fox News, his preferred cable network.

Prior to his tweet attacking the Post, he wrote: “The FBI closed the case on Hillary [Clinton], which was a rigged investigation. They exonerated her even before they ever interviewed her, they never even put her under oath…..” and much more. So true Jesse! @WattersWorld.”

Baquet said: “I think the press will keep doing what it does, but … if [Trump] creates a culture where Fox & Friends and Jesse Watters are regarded as serious journalism, and the New York Times and the Washington Post are not, he will have done longstanding, harmful effect on the country.

“When I first heard it, I thought, OK, a year ago, it felt like an exaggerated version of what we’ve heard from presidents forever. But it’s out of control.”

“This stuff so far is all held up.”

Baquet was behind the New York Times’s decision to stop attending the White House Correspondents’ Association Dinner, an annual Washington event at which the press and the president exchange humorous barbs. Trump did not attend last year and the White House has indicated he will skip it again this year.

“I pulled us out of the White House correspondents’ dinner when I was the Washington bureau chief because I hated the image of journalists, editors and powerful politicians seeming chummy,” Baquet said.

He added that the White House Correspondents’ Association “ought to rethink their mission” because “our image should be [that] we have a tense and questioning relationship with government, not that we sip champagne with them on Saturday.”