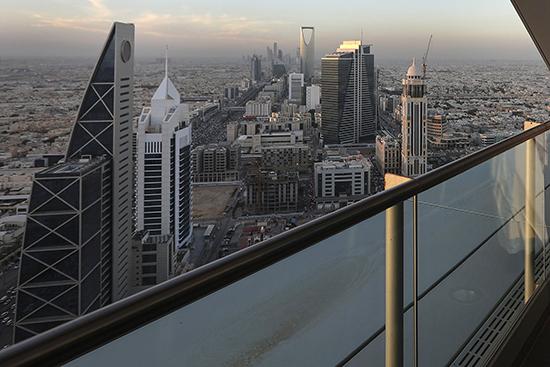 By Vivian Nereim and Chiara Vasarri

Saudi Arabia’s credit rating was affirmed by S&P Global Ratings as its heir to the throne, Crown Prince Mohammed bin Salman, is on a three-week tour of the U.S. in search of deals that would diversify his country’s oil-dependent economy.

S&P affirmed Saudi Arabia’s rating at A- and kept the outlook stable. “We expect Saudi Arabia will experience modest economic growth from 2018, supported by rising government investment and, later in our forecast period, a gradual increase in oil production,” the agency said in a statement Friday.

Saudi Arabia’s economy contracted 0.5 percent last year after lower oil prices led to a ballooning budget deficit and shrinking reserves. The Crown Prince’s ambitious development plan — Vision 2030 — seeks to wean the country off oil while privatizing state-owned companies, including the sale of a stake of up to 5 percent in oil giant Aramco.

S&P last altered its Saudi rating in February 2016, downgrading it to A- as the country wrestled with the rout in oil prices. The kingdom is rated A1 by Moody’s Investors Service and A+ by Fitch Ratings.

Saudi Arabia plans to borrow about $31 billion this year to bridge an expected budget deficit of $52 billion and fund its growth plans. It raised about $36 billion in 2017, $14 billion of which was from domestic bonds and $22 billion from international debt markets. Authorities have so far struggled to raise non-oil revenue.

Saudi dollar bonds were the worst-performing among the 190-member Bloomberg Barclays GCC Credit Index in the first quarter, even as oil prices rallied to their highest level since late-2014.

The kingdom’s bonds due 2046 fell 5.22 percent, while those due 2047 dropped 4.92 percent. That compared with an average fall of 2.35 percent in total returns for sovereign bonds.

— With assistance by Archana Narayanan