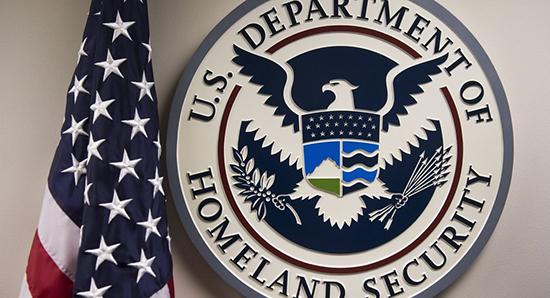 Last week it was revealed that the US Department of Homeland Security is trying to find a contractor to compile a database of hundreds of thousands of journalists, bloggers and “media influencers.”

Speaking to Radio Sputnik’s Loud & Clear, Tim Karr, senior director of strategy and communications at Free Press, said the revelation only proves that the US government has long been keeping a watchful eye on journalists.

​”There has always been systematic monitoring of media around the world by the US government, much of it for intelligence, but what has people so alarmed… is the context,” Karr told show hosts Brian Becker and John Kiriakou. “We are in the midst of an administration where the president has characterized journalists as enemies of the American people.”

“So when you have an agency under this administration collecting information on journalists or what they call media influencers, it does send out some red flags,” he added.

“Is this going to be used as a tool to intimidate reporters [or] intimidate media figures that don’t toe the Trump line?” Karr asked, noting “we’ve seen from this administration a lot of efforts to influence media coverage.”

“I think we should be rightly concerned about what’s going on here.”

Karr pointed out that the fact that the department never released a press announcement about the contract “should raise even more alarms.”

“This was not an overt effort to intimidate journalists,” Karr noted. “[This is] something they’re trying to do on a more covert level.”

The director later indicated that folks shouldn’t be under the impression that the US government is new to the game of keeping tabs on the media.

“We should note that in previous administrations… the Obama administration had a pretty bad record when it came to going after journalists,” Karr told Kiriakou. “The [US] Justice Department used the Espionage Act of 1917 to subpoena journalists and get information on their sources.”

“This is alarming news, but I would hesitate to say that President Trump is alone among presidents going after the media. He certainly has been vocal in his distaste for what he calls ‘fake news,'” Karr continued.

He urged that “people should raise alarms and we should demand to know more about the Department of Homeland Security’s plans.”

The contract, as Sputnik previously reported, requests applicants be able to monitor online activity and social media; create a media intelligence and benchmark dashboard platform; set up an individualized email alert system; create a password-protected mobile app for DHS personnel; and develop functionalities for engagement with the media.

Though many were quick to raise eyebrows over the news, Tyler Houlton, a spokesperson for the department, responded to the growing concern by stating on Friday that the contract was “nothing more than the standard practice of monitoring current events in the media.”

He later commented that “any suggestion otherwise is fit for tin foil hat-wearing [and] black helicopter conspiracy theorists.”