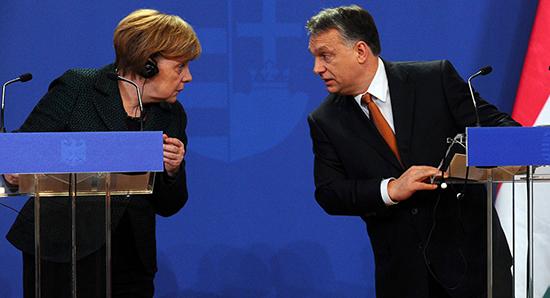 As Hungarians are set to go tp the polls on Sunday to elect the country’s new parliament, Radio Sputnik discussed Prime Minister Viktor Orban’s relations with Brussels with Boros Bank Levente, a political analyst and CEO of Medianezo Ltd.

Sputnik: Hungary’s former European Commissioner has alleged that the EU should have taken stronger action against Hungary if Viktor Orban’s party hadn’t been a member of the EPP. How much do you think the EU should be involved in a nation’s internal affairs anyway?

Boros Bank Levente: You know there is a huge debate going on in the EU about the nature of integration. There are two camps in this regard. One says that it should end up in the form of a United States of Europe. While the other camp says that it should remain  inter-governmental. Hungary clearly belongs to the second group. I guess that the EU should not interfere in its members’ internal affairs. Even though the EU was designed as a supranational organization, it has since become a community of independent and sovereign states, and it should remain as such. Therefore, I guess that the leaders of the European Commission have no right to interfere in Hungary’s or any other EU country’s domestic affairs.

Sputnik: The Western media presents Viktor Orban as nothing short of a threat to the West and an authoritarian cleptocrat. Why do politicians who do not conform to mainstream political ideology inevitably end up being bad guys?

Boros Bank Levente: If you do not belong to the leftist bloc in the EU, you are always a bad guy. [The West] is used to a situation where it can dictate [its will to others]. The Czech Republic, Slovakia, Poland, all the former Communist countries, are newcomers [to the EU] and they are treated as smaller brothers. But things have changed.

Sputnik: We know that Orban’s party is projected to be a clear winner in Sunday’s elections. Why do you think the population of Hungary is in such favor of the ruling party?

Boros Bank Levente: Let me remind you that when Viktor Orban came to power Hungary was close to bankruptcy. He brought the country back from the brink, made it prosperous and stable. These are key values I think everyone can and should [embrace], something that is positive nowadays.