Well, better late than never. It has taken screenwriter Tony Gilroy’s script of Beirut only 27 years to reach the screen, but it was well worth the wait especially in that it gives its leading man Jon Hamm a movie role worthy of his talents. So why did it take so long for the script Gilroy wrote near the beginning of his career in 1991 to get made? Chalk it up to the mysteries of the movie industry, or perhaps just bad timing. Whatever the reasons, Beirut, which details a fictional hostage crisis in war-torn 1982 Lebanon, is a period film that also resonates today, perhaps showing that communication and diplomacy might be worth trying before rashly dropping bombs.

Under Brad Anderson’s tight and precise direction, the script from Gilroy (who went on to write and direct Michael Clayton, along with the Jason Bourne films) is almost a throwback to the kind of international thriller Hollywood has forgotten how to make. Oddly, it probably most resembles Mel Gibson’s The Year of Living Dangerously, which coincidentally came out the year this film is set. It is also the kind of star vehicle you might have seen the likes of William Holden, Paul Newman or Gene Hackman doing in their prime, and as I say in my video review above Hamm is the perfect fit, finding a role he can really sink into and make credible.

Hamm plays Mason Skiles, a top U.S. diplomat working in Beirut in 1972 who is happily married to Nadia (Leila Bekhti). They have no kids, but they do look at 13-year-old orphaned refugee Karim as almost like an adopted child. It turns out though that Karim has an older brother who is a wanted Palestinian terrorist suspected in the massacre of the Israeli team at the 1972 Munich Olympics; Skiles is trying to protect the child from the reach of the Israeli agents eager to talk to him. Unfortunately, while he and his wife are at a fancy party, Karim’s brother and friends barge in, shoot the place up and take Karim. Nadia is collateral damage and is killed, which sends Mason into a tailspin.

Cut to Boston 10 years later, where Skiles spends a lot of time in the local bars and is now a labor negotiator. Approached mysteriously to return to Beirut, the damaged and scarred man tries to back off but grudgingly agrees to go. When he gets there, Cultural Attache Sandy Crowder (Rosamund Pike) and her cohorts reveal the real reason he has been called back: His onetime good friend and CIA agent Cal Riley (Mark Pellegrino), to whom he hasn’t talked in years, has been kidnapped and is being held hostage by none other than a group led by the grown-up Karim (Idir Chender), who will agree only to deal with Skiles –the man he believes could be instrumental in getting his brother released from Israeli custody, where he believes he is being held. This sets off a delicate cat-and-mouse game, with Skiles now sucked back into a world he thought he had left behind.

Suffice to say both Gilroy and Anderson know their way around this kind of material and ratchet up the action and suspense while keeping it so authentic it is hard to believe this isn’t a true story to begin with. Gilroy did have real-life inspiration, but this is the stuff of fiction in a world where it is hard to keep up with actual events. Still, 27 years after first writing it, the story of Beirut resonates strongly and is centered by a game Hamm diving into the role with total abandon and authority. Pike is his equal and entirely believable. The supporting actors including  Dean Norris, Shea Whigham and Larry Pine are perfectly cast as well. Shot in and around Tangiers, the locations have the real feel of the damaged city that was Beirut at the time, and Anderson uses them well. This is a welcome respite for smart-thinking adults looking for a grown-up thriller — it will have you on the edge of your seat the entire time.

Do you plan to see Beirut? Let us know what you think. 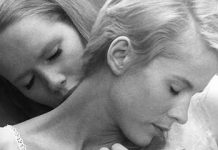 ‘My son reeks of Persona’: a week with a scent inspired by Ingmar Bergman’s most challenging film 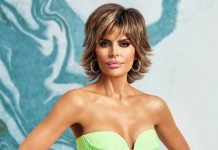 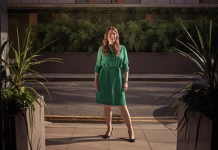 Emily Hunt: why she fought to make sure no woman is filmed naked without consent