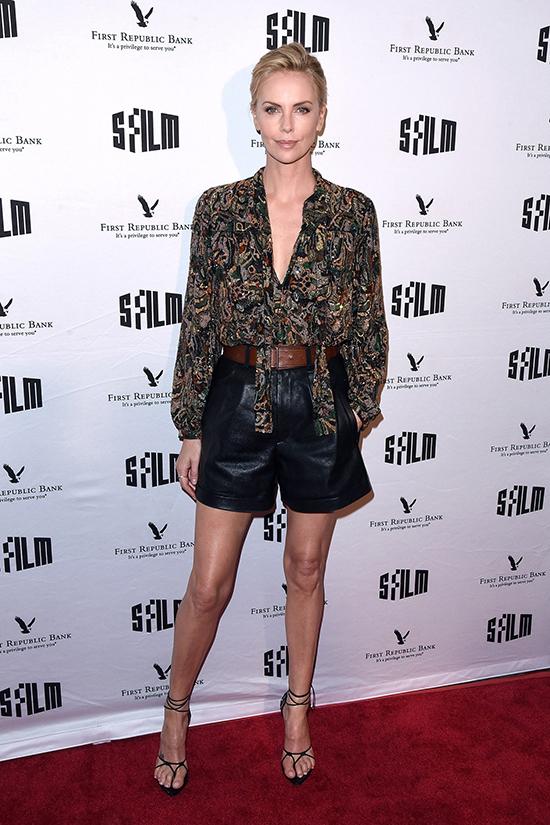 Charlize Theron is out to prove that leading with a pair of killer legs is the ultimate beauty move. The actress attended the San Francisco International Film Festival last night to promote her forthcoming film Tully, her blonde coupled with a set of leather shorts and barely-there black sandals which conspired to elongate her already interminable—and impossibly toned—legs.

Her latest role comes on the heels of a slew of action movies, culminating in Atomic Blonde, which saw Theron prepping for her endless fight scenes with 25-minute high intensity workouts three times a week designed for extreme toning—and cracking ribs and teeth alike during training, all in the name of her role as a combat-minded international spy. A ballet dancer before she was an actor, Theron’s natural lean toward fitness and movement, and the leggy fruits of said labor, make sense. And offscreen? Theron’s two children—Jackson, six, and August, two—likely keep her running.