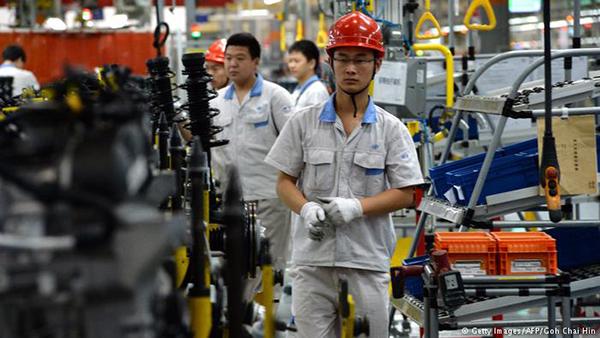 At a key business forum, China’s president has promised to lower tariffs on vehicle imports and strengthen intellectual property rights. The pledges came as the Asian nation tried to defuse a trade spat with the US.

Speaking at the annual Boao Forum for Asia, Chinese President Xi Jinping said Tuesday his country was willing to further open up its economy to foreign investors.

He pledged that China would “significantly broaden market access” to its banking, securities and insurance sectors and increase cooperation with foreign financial markets.

The president added that the world’s second-largest economy would aim to create a more attractive investment environment and strengthen intellectual property rights, the neglect of which had prompted the Trump administration to threaten punitive tariffs on a large number of Chinese products.

“This year, we will considerably reduce auto import tariffs and at the same time reduce import tariffs on some other products,” Xi promised at the forum in the southern province of Hainan.

Addressing Western criticism of what business leaders perceived as unfair joint venture rules in China, the president announced his country would raise the foreign ownership limit in the automobile sector “as soon as possible.”

It remained unclear to what extent the announcements would help reduce current trade tensions between the world’s two largest economies. On Monday, US President Donald Trump also adopted a more conciliatory tone, saying his administration would “probably reach an agreement with China to diffuse tensions,” Bloomberg reported.

“Ultimately, US industry will be looking for implementation of long-stalled economic reforms, but actions to date have greatly undermined the optimism of the US business community,” said Jacob Parker, vice president of China operations at the US-China Business Council.