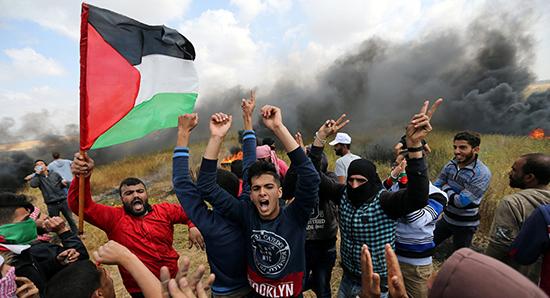 The ongoing protests in the Gaza Strip will continue before the Palestinians will “return to all of Palestine” including Jerusalem, Ismail Haniyeh, the leader of the political bureau of the Palestinian Hamas movement, said.

“Palestine and Jerusalem belong to us… We will break the walls of the blockade, remove the occupation entity and return to all of Palestine,” Haniyeh said Monday, calling on the protesters to preserve the peaceful nature of the demonstrations as quoted by The Times of Israel.

On March 30, the Palestinians on the border between Israel and the Gaza Strip started a protest dubbed The Great Return March, which is expected to continue until May 15. The event is aimed

According to the Hamas official, the ongoing demonstrations have attracted attention to the problems of Palestine.

“Our people are entitled to dream, and the right of return will be fulfilled. We will return to our Jerusalem and our villages. All our people will return to this blessed land,” Haniyeh said.