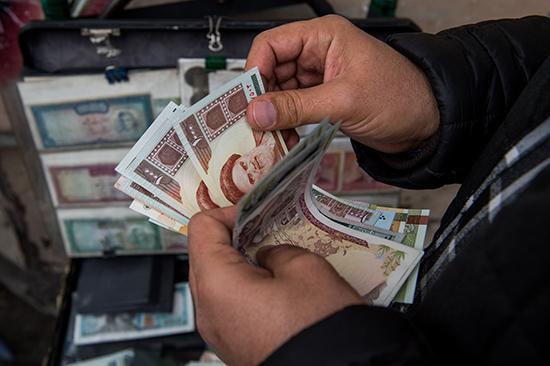 Iran’s government said it will step up efforts to steady the currency after it weakened to a record, a slide that has rattled businesses and prompted some dealers to stop selling dollars and euros.

The rial, which had plunged through 50,000 rials to the dollar in February, depreciated to 60,000 on Monday on the unregulated market, according to Tasnim News agency and other reports.

The slump comes as the Trump administration nears a critical decision on its participation in Iran’s nuclear deal, and political feuding at home raises pressure on President Hassan Rouhani to deliver a stronger economy for ordinary Iranians. Traders have also been accused of deliberately driving the currency lower with speculative bets.

“We will certainly use all of the state’s strengths and capabilities in order to, God-willing, steady the market,” government spokesman Mohammad Bagher Nobakht said in a statement shown on state TV. “We accept that this situation is not a good one and it’s against what we want.”

Rouhani met with officials to discuss ways to intervene and stabilize the currency, Nobakht said. The measures will be implemented in coming days, he said without elaborating.

One foreign-exchange trader in Tehran alluded to Iran’s growing confrontation with the U.S., where the administration has promoted Iran hawks into top foreign policy and security jobs.

“Political pressure coming from the Americans is one of the factors,” Reza said, requesting anonymity because of sensitivities of speaking with foreign media in Iran. “Maybe in name sanctions have been lifted, but in practice countries that can work with us still see Iran as high risk.”

The rial has also hit record lows against the euro. One euro fetched 70,000 rials by the end of Sunday trading, ISNA reported, citing traders.

Authorities have arrested scores of traders whom it blamed for deliberately driving the devaluation in order to profit from it. The central bank has this year sought to stabilize the currency by issuing bonds and temporarily allowed banks to increase rates on deposits in an attempt to draw investors away from the dollar.

Many businesses were forced to halt work amid the uncertainty created over prices and the availability of imported materials.

“After speaking to my usual printer, I’ve had to cancel a project because they weren’t selling anything,” said Payam, a 38-year-old in Tehran who owns a small advertising and publishing company. “I was also planning to advertise for new personnel on Saturday — I’ve also canceled that plan now.”

Some officials have said the rial’s slide is part of a wider political conspiracy against Rouhani, a moderate, by his more conservative opponents that seeks to discredit his government and reignite the unrest that rattled the country in December.

“The people and the government didn’t surrender to December’s manufactured social crisis, nor will they succumb to an engineered economic and information crisis in April,” Hesamodin Ashna, a senior adviser to Rouhani, said in a tweet.