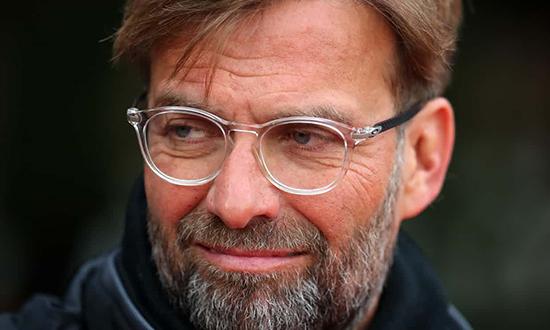 Jürgen Klopp believes that Liverpool must be prepared to weather “a thunderstorm” from Manchester City as they bid to reach the Champions League semi-finals for the first time since 2008.

Liverpool take a 3-0 advantage into the quarter-final second leg at the Etihad Stadium on Tuesday – a scoreline that their manager admits surprised him – and have never been eliminated from Europe after recording a three-goal first-leg lead. Klopp’s team did, however, blow a three-goal advantage at Sevilla in the group stage while City have scored at least three goals in 12 home games this season, and the Liverpool manager expects Pep Guardiola’s side to start with the same intensity as in the derby against Manchester United on Saturday.

“I don’t need to remind the players of a specific game,” he said, referencing Sevilla. “But I saw the game of City v United at the weekend. It was one of the best first halves I ever saw. It was like a thunderstorm. Then, in the second half, they change the game. After the first [United] goal, one team gains rhythm, another team loses rhythm.

“We can go through all scenarios – they score early, we score early, all that stuff – but it is not to plan like this. I can tell the boys ‘Score early!’ but I’m not sure that really helps. We have to think about football – what we have to do, where we have to do it. This is half-time. It was the same at half-time in Anfield: the game is not over. We were in the lead, nothing else. Being in the lead is not winning. We are still in the lead but we didn’t win so far. We need a little bit more from this game.”

The Liverpool manager insisted his plan “is all about winning the game again” and it would be a mistake to try to defend a 3-0 lead against City. Despite the clear advantage, and having denied the highest‑scoring team in the Premier League a single shot on target at Anfield, Klopp maintains there is no added pressure on his players. “I always see it as two legs are one game,” he said.

“We are in a 3-0 lead. That is better than I would have expected. If you would have told me 10 days ago that this was possible I would have said: ‘Don’t think so.’ I am not putting pressure on ourselves. We are so close. Our situation is not the easiest situation in world football, we are not flying with a full squad, but we stick together and we want to go as far as possible.”

The Liverpool captain, Jordan Henderson, is suspended for the second leg while the leading goalscorer Mohamed Salah missed the Merseyside derby on Saturday with a groin problem. But the Egypt international trained at Melwood on Monday and is expected to start at the Etihad Stadium. Klopp said: “He and Alberto Moreno trained with the athletic coach yesterday and afterwards both said: ‘We will be fine.’ We will have to see after the session.”