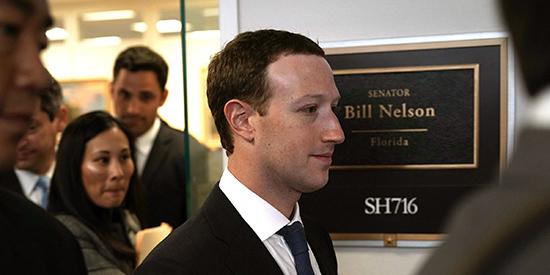 Facebook CEO Mark Zuckerberg expressed regret for allowing an app to harvest the personal data of millions of its users and for reacting too slowly to respond to Russian interference during the 2016 election in formal remarks submitted to the House Committee on Energy and Commerce.

Zuckerberg described Facebook as an idealistic company that is focused on connecting people. The social network has given 2 billion people around the globe powerful new tools to stay connected with the people they love and rally around social causes, raising $20 million for Hurricane Harvey relief, he said.

“But it’s clear now we didn’t do enough to prevent these tools from being used for harm as well,” Zuckerberg said. “That goes for fake news, foreign interference in elections and hate speech, as well as developers and data privacy. We didn’t take a broad enough view of our responsibility and that was a big mistake. It was my mistake, and I’m sorry. I started Facebook. I run it, and I’m responsible for what happens here.”

In his written testimony, Zuckerberg described how the political consulting firm Cambridge Analytica obtained personal information about millions of Facebook users through a Cambridge University researcher who had extracted those details through a personality quiz app. He described the steps Facebook is taking now to prevent future abuse.

Zuckerberg also addressed Facebook’s awareness of Russian cyber threats leading up to the 2016 election and the disinformation campaign run by the Internet Research Agency, which tried to manipulate people in the U.S., Europe and Russia.

These comments precede two days of Congressional hearings, which begin at 2:15 p.m. Eastern today with a joint session of the Senate Judiciary and Commerce committees and resume at 10 a.m. Eastern Wednesday before the House commerce committee.