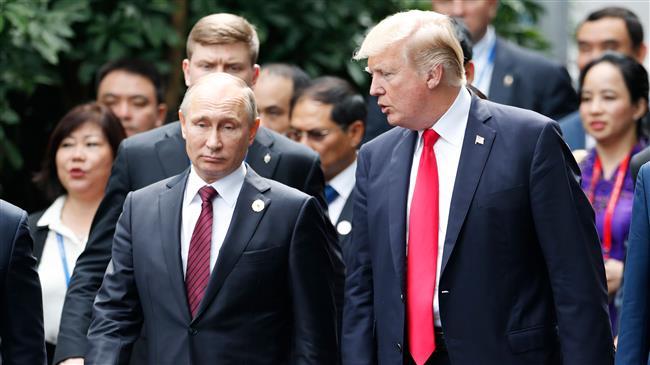 Israel cannot afford to rely totally on the US when it comes to the Syrian conflict or the wider Iranian threat.

Prime Minister Benjamin Netanyahu spoke to President Donald Trump Last Wednesday in the wake of the US leader’s comments about withdrawing from Syria. Israel was concerned about changes to US policy, according to reports.

Netanyahu has also enjoyed amicable relations with Russian President Vladimir Putin – relations which have now been strained by Russian claims that Israel struck Syria early Monday without warning Moscow. The prime minister now faces one of his greatest challenges as he has to walk a fine line between Washington’s threats to strike Syria and Russia’s interests in Damascus.

In September 2015, Netanyahu flew to Moscow to address greater Russian involvement in the Syrian conflict. “I am here because of the security situation, which is becoming ever more complex on our northern border,” Netanyahu said in Moscow according to an Israel Ministry of Foreign Affairs readout of the meeting.

He accused Iran and Syria of arming Hezbollah, and Iran of “attempting to build a second terrorist front against us from the Golan Heights.” Reuters reported that the meeting involved “Israel and Russia agreeing to limit themselves to defined areas of operation in Syria… even that they fly at daytime and we fly at night.” This worked well for almost two years.

Things began to change a bit in March 2017, when Israel’s ambassador to Russia Gary Koren was summoned to the Kremlin after an alleged Israeli air strike in Syria. Tensions got worse between Israel and Russia this February when Israel responded to an Iranian drone that entered its airspace with air strikes on Syria.

Russia expressed concern about the strikes. Putin phoned Netanyahu, according to Reuters, and “told Netanyahu there was a need to avoid any steps that would lead to a new confrontation in the region.”

Then came the Syrian regime’s alleged use of chemical weapons in Douma over the weekend, which was followed by an attack on an air base in central Syria. Russia accused Israel of the attack. A story broadcast on Russia Today, which generally reflects the Kremlin’s views, was titled “Forget about Gaza, bomb Assad! Israeli hawks urge US to strike Syria over Douma ‘chem attack.’” Russia also expressed support on Monday for a UN inquiry into deaths of civilians in the recent Gaza protests. This appears to be a message to Israel.

Netanyahu has portrayed himself as an expert on Israel’s security and a guarantor of stability. The Syria crisis now forces Israel into a difficult place. Jerusalem has needed good relations with Russia in order to send messages to Assad and to Iran regarding Syria. The Russian role in Syria is portrayed as increasing Israel’s security because without Russia, Syria would be totally in the hands of the Iranian regime and Hezbollah, which have propped up Assad.

Any sort of US strike, coordinated with other Western powers, will inevitably weaken Assad. But will they weaken Iran?

Russia, Iran and Turkey recently met in Ankara, and Russia has been cultivating relations with Turkey. Speaker of the Russian State Duma Vyacheslav Volodin recently met Speaker of the Parliament of Iran Ali Larijani to discuss greater cooperation. Israel is the odd man out in this story. But Israel cannot afford to rely totally on the US when it comes to Syria or the wider Iranian threat.

This presents a huge dilemma for Jerusalem, one of the largest since the Syrian conflict began: How to best thread the needle between potential US air strikes, Israel’s desire to secure itself against threats emanating from Syria, and balancing relations with Moscow. Much of the weight of this crisis falls on Netanyahu’s shoulders because it is his personal relationships with Putin and Trump that work in Israel’s favor. Now those relationships will be tested.