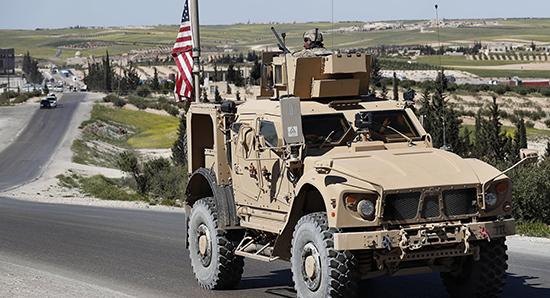 US President Donald Trump has promised to make a decision about how to respond to the alleged chemical attack in Douma, Syria, over the weekend. On Monday evening, the president said he would be making a decision very soon and that the alleged chemical attack — which the UN pointed out Monday it could not independently verify — would be “met forcefully.”

​”It’s been used over and over again in past years: chemical attacks have been used, I think, by the armed groups and Wahhabis to justify external intervention. And what we’ve been hearing in the Western media, and the Western governments themselves, proves that they are answering their appeals,” Jana Nakahl, an independent researcher and member of the Central Committee of the Lebanese Communist Party, told Radio Sputnik’s Loud & Clear.

Iran’s semi-official Fars News Agency confirmed that four “defenders of the shrine” were killed in the IAF strike on Syria’s Tiyas Airbase, or T4, Monday.

“Of course, Israel has always been the arm of the United States in the region,” the researcher noted.

Almost exactly a year ago, April 6, 2017, Trump attacked Syria’s Shayrat Airbase with dozens of tomahawk missiles after similar reports of chemical weapons being deployed by the Syrian government against Syrian citizens.

Trump also threatened that there would be a “big price” for Russia, Syria and Iran for their alleged involvement in the tragedy. In the media, Trump’s name-calling (“Animal Assad”) and threatening further military intervention has been celebrated, journalist Rick Sterling told Loud & Clear. But “the price is going to be paid in Syrian blood,” he said.