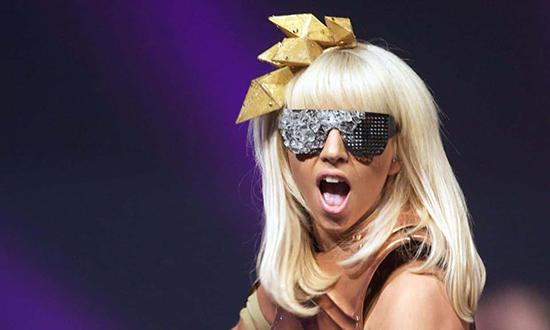 It’s a decade since Lady Gaga burst into the charts with Just Dance, and showed a new generation how to create a vivid identity for yourself, anywhere

The year is 2008. I sit on the floor of my family’s modest living room in a sleepy suburb in Ireland, my tongue contorting around my teeth in concentration as I apply a finishing layer of glitter to my masterpiece. It is my 14th year of life and also the 14th time in an hour that I’ve hit the replay button on my big sister’s CD player. A mere month before this scene, Lady Gaga had exploded out of obscurity – it is her image my younger self is reproducing in card and glitter, while Just Dance, released 10 years ago this week, loops in the background.

In this moment, I already know that whatever is represented by this woman, this symbol, I love wholeheartedly. I know that she is the living embodiment of some ideal type that informs who I am. What I don’t yet know is that who I am is gay – and that my gayness will become inextricably intertwined over the course of my life with Gaga. She will become the background music in every gay club I will dance in, the overture to every drunken kiss, a talking point for every first date.

Female pop icons have long formed a core part of gay culture, and much has been written about why. Some say we live vicariously through their sexuality; more Freudian theories suggest they’re our surrogate mothers. Less controversially, one could simply say their bright pop ballads about overcoming love and loss have historically provided a light-hearted, strobe-lit, glittery escapism from a world darkened by the shadows of HIV and homophobia. Before Gaga there was Madonna, Cher, Diana Ross. You may think Gaga didn’t do anything over and above what these performers did: provide glamour and camp value. But the special place she carved in the hearts of gay people cannot be reduced to her penchant for changing wigs – Lady Gaga queered the mainstream.

She emerged into a pop landscape staggeringly different to the one we inhabit in 2018. The pre-Gaga charts of 2007 were socially and politically sterile, thronged with such hetero banalities as Kaiser Chiefs and Timbaland. The closest we got to queer representation was the tasteless gay-baiting of Katy Perry’s I Kissed a Girl in 2008. We were at the zenith of an economic boom, unaware of the impending global economic catastrophe that would spark a period of political revolution to coincide with Gaga’s rise. Economic comfort meant that oppression was felt less keenly, that discourse was relaxed. For kids like me stagnating in small towns, in countries where gay marriage was still illegal and casual homophobia rife, the silence felt like the calm before the storm.

Some would have disregarded the reactionary content of noughties charts and simply looked back to David Bowie, Prince and Boy George for revolutionary queer role models instead – they destabilised gender categories a decade before Gaga was born. But to my generation, these icons and their reassuring androgyny were out of reach. My childhood was an alienating cultural wasteland, where I survived on a diet of my parents’ Irish country music and my peers’ Top 40 pop. This was still the age of dial-up modems – for many pre-smartphone era queer kids, the likes of Bowie may as well not have existed.

Consequently, Lady Gaga turned my world upside down. I suffered from chronic anxiety, linked to years of bullying. I was offensively effeminate and school was an ordeal spent avoiding older boys who spat “faggot” at me in the corridors. After Gaga exploded, I fashioned my own diamond-encrusted glasses and dyed my hair green – the slurs in the corridors lost their power when, like Gaga, I was deliberately provoking the attention. “What a freak,” my peers would scream at pictures of Gaga’s meat dress. I burned with defiance to hear them deride her – if she was a freak, this person I loved, then I didn’t want to be normal any more. The word “faggot” resounding in the corridor no longer marked me out as lesser, but placed me on a pedestal alongside my heroine, another freak – who happened to be No 1 in 20 countries. Her otherness made my own otherness feel more aspirational than painful. In a world of utter darkness, her presence was my only light, a wordless pathway to myself before I even knew what the word queer meant.

Gaga did for my generation what Bowie did 20 years earlier. She re-queered a mainstream that had fallen back into heteronormative mundanity. She vocally defended the rights of LGBT people and spoke of her own bisexuality openly. In pop, she expanded what was palatable. She repopularised the flamboyant theatricality of outrageous costuming, on-stage bleeding and compulsive wig changes. She drew inspiration from Bowie’s lightning bolts, Alexander McQueen’s fashion, Leigh Bowery’s performance art, Prince’s androgyny. She performed in male drag, and forced us to question gender characteristics and human physicality with facial protrusions and prosthetic penises. She was the vanguard for a revival of queerness in pop culture that has left an astonishing legacy a decade later – one would hardly bat an eyelid now to hear a word such as “transgender” uttered in a chart-topping song, but before Born This Way the thought would have been startling. It is partly thanks to her that we now live in an era where RuPaul’s Drag Race is mainstream.

In fact, Drag Race is perhaps the key to understanding what Gaga did for young queer people. When Gaga appeared as a host on the ninth series of the show, she entered posing as one of the contestants. It’s not insignificant that Gaga presented herself as a drag queen – that’s precisely what she has always been, and what she taught young queer people like me to be.

Drag is about borrowing cultural references to construct a persona. When Gaga reinvented the revolutionary queer spirit of Bowie and Prince for the youth of the noughties, she was performing a drag of her own. She borrowed tropes to construct the persona that accrued her fame, figuratively lip-syncing along to the legacies of Cher, Madonna, and the stars she imitated. She invented Gaga in the same way that drag queens do their alter egos.

Millions of young gay people in turn used her example to construct their own identities in small, alienating towns and villages around the world. Every person needs references to inform their social performance, to do a sort of drag in their daily lives. Gaga offered queer people those references that our heteronormative hometowns couldn’t, reaching back into the past and passing them forward to those of us who could not access them alone. She taught a new generation of young queer people how to drag up an identity out of a barrenness around them, by looking to history and pop culture. This is what gay people have always done – but many of my generation didn’t know how. Mine was a generation whose would-be mentors had been decimated by the HIV epidemic, causing a wealth of generational community knowledge to be lost forever; a generation where cohesion in the real-world gay community was breaking down and gay spaces were closing.

Gaga replaced my would-be mentors. When I mimicked her outrageous presentation, I was tapping into the references she offered to express a queerness that I was not yet able to put into words. Without her in the charts, many queer kids like me would have been left with no touchstones whatsoever. She taught us all to be drag queens in our own lives – as RuPaul says, “We’re all born naked, the rest is drag”. When Gaga came to host Drag Race 9, she was truly coming home. Her importance was summarised with beautiful simplicity when one of the contestants, Eureka, broke down, saying “you don’t realise what you do for people like us”.

Ten years on, Gaga’s legacy is a changed world. For me, and many gay people around the globe, she is the icon of our generation, to whom we owe nothing less than our identities. Baby, there’s no other superstar.