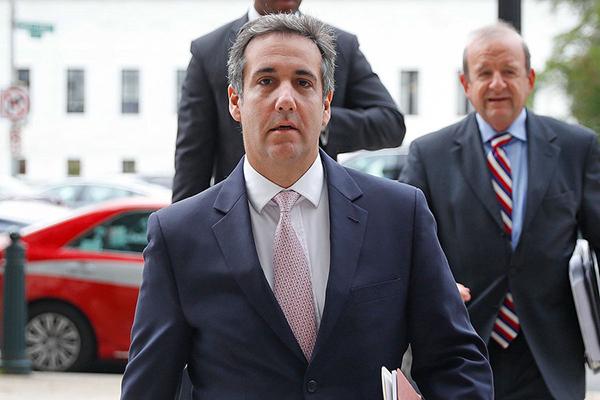 In many ways, Monday’s seizure by federal law enforcement of piles of documents from Michael Cohen seems an extraordinary event, an inflection point for the legal problems gradually creeping up on current and former Trump campaign and administration officials.

APRIL 10, 2018 —Out of the blue, an FBI raid on the workplace and home of the president’s longtime personal lawyer and all-around fixer and business associate. Hours later, in response, a blistering denunciation of the action from President Trump himself (“an attack on our country, in a true sense”), delivered unbidden before a meeting with senior security officials about the situation in Syria.

In other words, just another Monday in today’s wild Washington ride.

Or not. In many ways, the sudden seizure by federal law enforcement of piles of documents from Michael Cohen, a stalwart of Mr. Trump’s business for years, seems an extraordinary event, an inflection point for the legal problems gradually creeping up on current and former Trump campaign and administration officials.

The question is, in what way, for whom, the raid is evidence that problems will be getting worse. Given the stakes, and the people involved, it is almost certain that the Justice Department and FBI are trying to avoid missteps, proceeding slowing and double-checking along the way.

It’s a “huge deal” anytime the FBI executes a search warrant for lawyers, doctors, or anyone with documents that might be subject to confidentiality privileges, says Andrew Wright, an associate professor of law at Savannah Law School and former White House associate counsel. There are exacting procedures for handling such material in investigations. They are supposed to be handled carefully.

“In this case, since it’s the president’s lawyer, I’d magnify that times 10,” Mr. Wright says.

What does the execution of a search warrant to search for documents in the offices and hotel room used as a domicile by Mr. Cohen mean? In a basic sense, it means that a federal judge has agreed with the FBI that there is possibly evidence of a crime somewhere in Cohen’s possession – evidence that might not be possible to obtain through subpoena or other less-intrusive means.

What’s especially interesting in this case is that search involves an attorney. Communications between a lawyer and his or her client are privileged – in other words, prosecutors aren’t supposed to use them. In a federal case, officials would normally leave those alone. All kinds of safeguards exist to keep them secret.

The fact that those safeguards were overridden tell us that prosecutors believe they would not have obtained the documents in question via subpoena, and that they might be evidence of a lawyer conspiring, abetting, or undertaking a criminal action on their own part.

This means lots of personnel would be involved.

“What all this indicates is that it is not a small resource decision [to undertake such a search],” says John Q. Barrett, a professor of law at St. John’s University in New York.

The bottom line: Cohen may be in big legal trouble. News reports say that the subpoena was for documents related to possible bank fraud and other financial crimes. Some news organizations were reporting on Tuesday that at issue were alleged hush money payments to women who said they had affairs with the president. Other reports said Cohen’s side business in taxi medallions might also be a subject of interest for prosecutors.

It’s important to note that for Cohen’s main client – the president himself – the implications of the raid are much less clear. It is possible he knows nothing about the alleged payments to women, as he has publicly claimed.

The raid does not appear directly related to Special Counsel Robert Mueller’s investigation into Russian meddling into the 2016 presidential election.

It was not carried out by Mr. Mueller’s team, but rather handed off to the normal Justice Department chain of command, and carried out by agents and prosecutors from the Southern District of New York.

Trump did not make this distinction is his Monday attack on the FBI action against his lawyer. As part of his ad hoc monologue on the subject he mused that “many people” have said he should fire Mueller.

Given that the case against Cohen appears to lie with Southern District prosecutors, however, it is likely that firing Mueller would have little effect on any prosecutions developed from evidence seized Monday.

“Mueller is trying to find principled distinctions about what is in his lane, and what is not,” says Andrew Wright of Savannah Law School.

Still, it was the president’s reaction, as much as the raid itself, that made Monday seem as if it might go down as an important point in Trump administration history. Trump was obviously angry about the event, calling it “frankly, a real disgrace” as well as an “attack on the country.”

Perhaps it was his long relationship with Cohen that sparked this reaction. The lawyer has been one of his closest business associates in recent years, serving as a deal maker and fixer for Trump in both the United States and overseas.

But far from being a disgrace, Monday’s action is likely the result of a long and very serious process involving Deputy Attorney General Rod Rosenstein and many other Justice Department officials putting their heads together to consider the implications of the step and possible alternatives, says Mr. Barrett, who served as counsel on the Iran-Contra investigation.

“The government is going to be very careful not to hurry, not to be casual in this case,” he says.