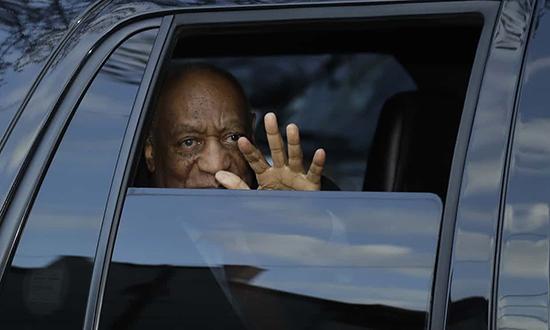 The first of six Bill Cosby accusers has taken the witness stand at his retrial in Pennsylvania, recalling in disturbing detail how she was allegedly lured to the comic’s house in Reno, Nevada, made to consume an unidentified soporific and then attacked over four days of semi-consciousness.

Heidi Thomas, from Castle Rock, Colorado, took the 12 men and women of the jury back to 1984, when she was 24 and hoping to build a career in musical theater. While she was still seeking a break in the entertainment business, her agent, the late Annie Maloney of JF Images, contacted her and said an icon in the industry, whom she referred to only as “Mr C”, was looking for “promising young talent” to mentor.

A phone call was arranged and Bill Cosby came on the line. “He said he was looking forward to working with me, that I had been highly recommended,” Thomas told the jury in courtroom A of the Montgomery county court of common pleas.

It was the second day of the retrial, and the first occasion in which a Cosby accuser had been heard directly recounting allegations of abuse.

The TV celebrity has denied that he drugged and molested Thomas, as he has denied the allegations of all of the more than 50 other women who have publicly accused him. He now stands trial for the second time in 10 months – the first trial, last June, ended in a mistrial – on three counts of aggravated indecent assault.

After Tuesday, the trial will continue with four other accusers as well as the woman at the center of the prosecution, Andrea Constand, still to tell their stories.

In her testimony on Tuesday, Thomas went on to relate how a flight was arranged to Reno in April 1984. She was picked up by a driver in a black sedan and driven out of the city to a ranch-style house where, to her surprise, Cosby personally answered the door to her.

She found herself, also to her amazement, alone in the house with the star of The Cosby Show. She said he encouraged her to dress in something more comfortable, then asked her to to read from a play script to him to assess her acting abilities.

“I’m looking [the script] over and I realize the person I’m supposed to be playing is intoxicated,” Thomas said under prosecution questioning. She tried to act drunk – not an easy challenge as she came from a dry family and had never herself had the experience of intoxication.

Cosby appeared unimpressed by her rendition of a drunk woman, she said. Then he asked her: “If you were to drink, what would you drink?” and handed her a glass of white wine.

After just one sip, Thomas alleged from the witness stand, the world changed on her. She remembers very little after that – for the next four days, all she retained were tiny slivers of memory that she called “snapshots”.

“There’s nothing, there’s just a blank, until there’s a picture, and then another blank, and then a picture,” she said.

Snapshot one: “I remember waking up on a bed, I don’t know whose bed. I had my clothes on, he did not. I was lying down and he was forcing himself in my mouth. I remember thinking I felt sick, and how did I get here?”

Snapshot three: “I don’t know how I got there, but I had just slammed the door to that room. I thought, ‘I’ve just slamed the door on Bill Cosby!’ I remember opening the door again and saying sorry and then closing it very quietly.”

The rest of the Reno trip, Thomas said, was similarly fuzzy. She eventually made her way back home to Denver, but did not tell her agent or her parents about what had happened. She only revealed the experience to her husband years later.

She blamed herself for the events. “I did feel like I must have said something that was misunderstood. I needed to fix this, to work out what I said and work out where I messed up.”

She only had one other encounter with Cosby, she told the jury. A few months after Reno, she arranged to go to one of his shows in St Louis, Missouri, where she wanted to talk to him about what she had done wrong to make him think he could treat her like that.

But after the show, they were surrounded by Cosby fans and they could not speak privately. “It was clear at this point this mentoring wasn’t happening, I wasn’t going to get any answers to what I had done wrong.”

She had never seen Bill Cosby from that day until Tuesday, when she sat about 15 feet away from him in courtroom A. Throughout her testimony, Cosby remained silent, sitting slightly slumped in a chair located by his defense team.