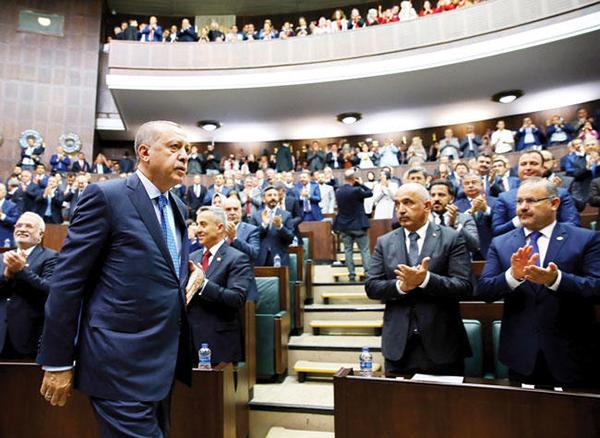 Turkish President Recep Tayyip Erdoğan criticized Russia’s stance on the future of Syria’s Afrin region, saying on April 10 that Ankara itself would decide the details of returning the area to the Syrian people.

“We know very well who we’ll hand Afrin to. First, let’s talk about handing over areas controlled by other countries in Syria to Syria,” Erdoğan told reporters in Ankara following a speech to his ruling Justice and Development Party (AKP) lawmakers, dismissing comments from Russian Foreign Minister Sergei Lavrov.

“When the time comes, we will give Afrin to the people of Afrin personally, but the timing of this is up to us, we will determine it, not Mr. Lavrov,” he said.

Lavrov said on April 9 that the easiest way to normalize the situation in Afrin, which Turkey took from the hands the People’s Protection Units (YPG) as part of the ongoing “Operation Olive Branch” was to put the area back under the control of Syrian government, the Interfax news agency reported.

While Turkey is cooperating with both Russsia and Iran to wind down some of the violence in Syria, Ankara has long demanded that President Bashar al-Assad must go. Assad’s main backers are Moscow and Tehran.

Iranian President Hassan Rouhani had also said Afrin should be handed over to Syria’s army.

Turkey considers the YPG, which is backed by the United States in the fight against Islamic State of Iraq and the Levant (ISIL), to be a terrorist group for its links to the outlawed Kurdistan Workers’ Party (PKK).

Turkey launched “Operation Olive Branch” on Jan. 20 to clear YPG, PKK and ISIL from Afrin and on March 18, the military and the Turkey-backed Free Syrian Army (FSA) took the control of the Afrin town center.