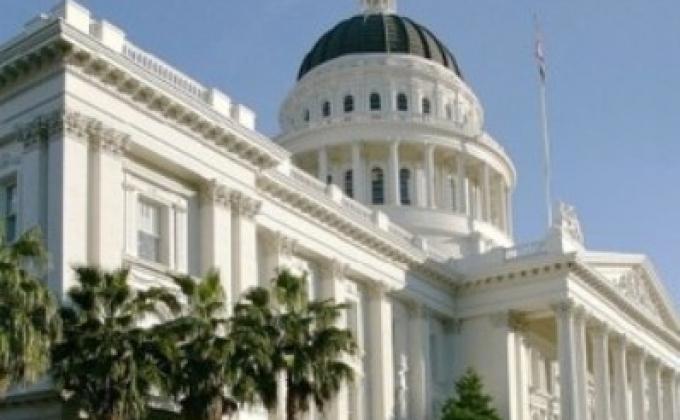 As the U.S. stands poised to strike Syria in yet another display of its unbridled militarism, it is the Unlimited Imperialists along the lines of Alexander, Rome, Napoleon and Hitler who are in charge, argues Francis Boyle in this commentary.

Historically the latest eruption of American militarism in the 21st Century is akin to that of America opening the 20th Century by means of the U.S.-instigated Spanish-American War in 1898.

The then Republican administration of President William McKinley grabbed their colonial empire from Spain in Cuba, Puerto Rico, Guam, and the Philippines; inflicted a near genocidal war against the Filipino people; while at the same time illegally annexing the Kingdom of Hawaii and subjecting the Native Hawaiian people (who call themselves the Kanaka Maoli) to genocidal conditions.

Additionally, McKinley’s military and colonial expansion into the Pacific was also designed to secure America’s economic exploitation of China pursuant to the euphemistic rubric of the “open door” policy.   But over the next four decades America’s aggressive presence, policies, and practices in the so-called “Pacific” Ocean would ineluctably pave the way for Japan’s attack at Pearl Harbor on Dec. 7, 194l, and thus America’s precipitation into the ongoing Second World War.

This Time the Stakes are Higher

By shamelessly exploiting the terrible tragedy of September 11, the Bush Junior administration set forth to steal a hydrocarbon empire from the Muslim states and peoples of color living in Central Asia, the Middle East and Africa under the bogus pretexts of (a) fighting a war against “international terrorism” or “Islamic fundamentalism”; and/or (b) eliminating weapons of mass destruction; and/or (c) promoting democracy; and/or (d) self-styled humanitarian intervention and its avatar “responsibility to protect” (R2P).

Only this time the geopolitical stakes are infinitely greater than they were a century ago:  control and domination of the world’s hydrocarbon resources and thus the very fundaments and energizers of the global economic system – oil and gas.

The Bush Junior and Obama administrations targeted the remaining hydrocarbon reserves of Africa, Latin America (e.g., the Pentagon’s reactivating the Fourth Fleet in 2008), and Southeast Asia for further conquest and domination, together with the strategic choke-points at sea and on land required for their transportation (e.g., Syria, Yemen, Somalia, Djibouti).  Today the U.S. Fourth Fleet threatens oil-rich Venezuela and Ecuador, along with Cuba.

Toward accomplishing that first objective, in 2007, the neoconservative Bush Junior administration announced the establishment of the U.S. Pentagon’s Africa Command (AFRICOM) in order to better control, dominate, steal, and exploit both the natural resources and the variegated peoples of the continent of Africa, the very cradle of our human species.

In 2011 Libya and the Libyans proved to be the first victims to succumb to AFRICOM under the neoliberal Obama administration, thus demonstrating the truly bi-partisan and non-partisan nature of U.S. imperial foreign policy decision-making. Let us put aside as beyond the scope of this article, the American conquest, extermination, and ethnic cleansing of the Native Americans from the face of the continent.

Since America’s instigation of the Spanish-American War in 1898, U.S. foreign policy decision-making has been alternatively conducted by reactionary imperialists, conservative imperialists, and liberal imperialists for the past 120 years and counting.

Trump is just another representative for U.S. imperialism and neoliberal capitalism. He forthrightly and proudly admitted that the United States is in the Middle East in order to steal their oil. At least he was honest about it. Unlike his predecessors who lied about the matter going back to President George Bush Sr. with his War for Persian Gulf oil against Iraq in 1991. Just recently, Trump publicly threatened illegal U.S. military intervention against oil-rich Venezuela and now he’s poised to strike Syria.

It’s About Power, Not Just Resources

But oil and other resources are not the only U.S. motive. Enforcing its global power and undermining or removing leaders who defy it are also at play.  As my teacher, mentor, and friend, the late, great Professor Hans Morgenthau, who coined the term “unlimited imperialism” in his seminal 1948 critique of U.S. foreign policy, Politics Among Nations, said:

“The outstanding historic examples of unlimited imperialism are the expansionist policies of Alexander the Great, Rome, the Arabs in the seventh and eighth centuries, Napoleon I, and Hitler. They all have in common an urge toward expansion which knows no rational limits, feeds on its own successes and, if not stopped by a superior force, will go on to the confines of the political world. This urge will not be satisfied so long as there remains anywhere a possible object of domination–a politically organized group of men which by its very independence challenges the conqueror’s lust for power. It is, as we shall see, exactly the lack of moderation, the aspiration to conquer all that lends itself to conquest, characteristic of unlimited imperialism, which in the past has been the undoing of the imperialistic policies of this kind…”

Since September 11, 2001, it is the Unlimited Imperialists along the lines of Alexander, Rome, Napoleon, and Hitler who have been in charge of conducting American foreign policy decision-making.  The factual circumstances surrounding the outbreaks of both the First World War and the Second World War currently hover like twin Swords of Damocles over the heads of all humanity.