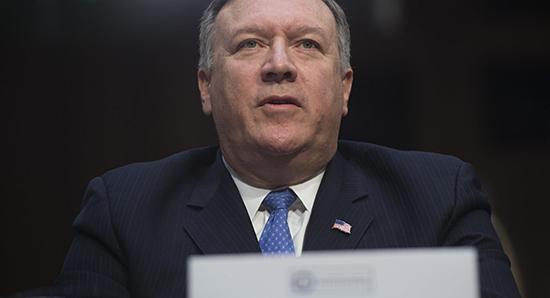 “Russia continues to act aggressively, enabled by years of soft policy toward that aggression. That’s now over. The list of this administration’s actions to raise the cost for [Russian President] Vladimir Putin is long,” he said in a Congress testimony.

“The actions of this administration make clear that President [Donald] Trump’s national security strategy, rightfully, has identified Russia as a danger to our country. Our diplomatic efforts with Russia will prove challenging, but as in previous confrontations with Moscow, must continue,” he said.

Earlier, US has revealed new anti-Russian sanctions, on 38 Russian individuals and entities, over so-called Moscow‘s “malign activity” around the world. The Russian Embassy in the United States said that the sanctions were another hit to bilateral relations, adding that the sanctions will hurt thousands of Russian citizens who are part of the businesses that were targeted. Russian Prime Minister Dmitry Medvedev said later that Russia reserves the right to respond to the new US anti-Russia sanctions.