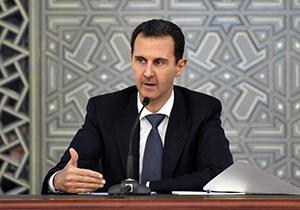 As Russia tells it, reports of an attack over the weekend in the Syrian town of Douma that left victims’ mouths foaming and corneas burned do not suggest what the United States and its European allies suspect: that the Russian-backed Syrian government once again used chemical weapons against its own people.

Instead, according to a statement from the Russian Foreign Ministry, they amount to “fake news” spread by the White Helmets. The group of Syrian first responders, which was recently celebrated in a documentary and has provided reliable accounts of such attacks in the past, is in Russia’s view actually working “hand in glove with the terrorists” and “other pseudo-humanitarian organizations headquartered in the U.K. and the U.S.” The Kremlin characterized the White Helmets’ report, which it cosigned with an organization that provides medical services to Syrians, as an effort to prevent the Syrian army from “liberating” Douma and justify military intervention by foreign powers.

When, on Wednesday, Donald Trump warned Russia that “smart!” missiles will soon hurtle toward Syria, to punish Syrian President Bashar al-Assad for the attack, a Russian Foreign Ministry spokeswoman wonderedwhether the missiles would be smart enough to “eliminate the traces of [the chemical] provocation,” in an apparent reference to a staged attack.

At the United Nations, Russian Ambassador Vasily Nebenzya fuzzed and fudged facts in the guise of fact-finding. He announced during an emergency Security Council meeting that Russian specialists had found no evidence of chemical-weapons use in Douma—without mentioning that no one else could confirm that finding, or the contradictory findings of aid and activist groups, because Syrianand Russian forces had restricted access to the area. He called for international chemical-weapons investigators to visit the site of the alleged atrocity immediately (they say they’re headed there soon), but then vetoed a U.S. resolution empowering those investigators to assign blame for chemical attacks. He simultaneously urged his fellow ambassadors to presume that a chemical attack had not taken place and noted suggestively that Syrian troops had discovered artisanal chemical factories near Douma maintained by the rebel group Jaish al-Islam.

“We need to get to the bottom of” what took place and not “prejudge” the outcome of the inquiry, Nebenzya declared, as he prejudged the outcome and dove down a rabbit hole of conspiracy-minded speculation about what transpired in Douma. The footage of men, women, and children suffering from alleged chemical exposure, he mused, may have been staged to distract attention from the West’s botched attempt to blame Russia for a nerve-agent attack against a former Russian spy in the English city of Salisbury. (The United Kingdom has determined that the poison used was of a type developed in Russia but has yet to definitively prove Russian involvement.) He claimed that American “instructors” were training Syrian opposition fighters to conduct chemical “provocations” as “a pretext for a strike” and hinted that the United States might have also somehow been behind a chemical-weapons attack last year, which provoked U.S. retaliatory strikes and a subsequent UN investigation pinned on the Syrian government. (There is no credible evidence of this.) He spoke darkly of a coordinated American, British, and French campaign against Russia, stretching from Syria to Salisbury.

It was hard to keep track of the interlocking false-flag operations claimed by Russian officials: Just days earlier, Nebenzya had argued in the very same venue that the accusations against the Kremlin in the spy-poisoning case constituted a plot by foreign intelligence agencies to discredit Russia’s involvement in Syria. In that Security Council session, Nebenzya had likened Western countries to the Queen of Hearts in Alice’s Adventures in Wonderland, who during a trial calls for the sentence to come before the verdict. “There is another very good quote from Alice in Wonderland which is: ‘Sometimes I’ve believed as many as six impossible things before breakfast,’” retorted Britain’s ambassador to the UN. “That’s the quote [that] suits my Russian colleague best.”

The showdown over the possible chemical attack in Syria is about the plight of Douma’s residents, and the preservation of international rules of war, and plummeting relations between Russia and the West. But it is also about the eroding basis of fact about what’s happening in Syria, and the consequences of the fake newsification of the conflict for international action to end it. All wars are foggy and narrated differently by the warring parties, but Syria’s is particularly so. As a result of the confounding complexity of the civil and proxy conflict and its expression, due to the absence of independent media or monitoring groups in much of the country, largely through unverified social-media posts and state propaganda, “there is no common agreement on what is true,” the UN expert Richard Gowan recently wrote. This, he said, makes it extremely challenging to “speak truth to power” in forums such as the United Nations.

Gowan cited the example of how Russia had opposed a proposal in the Security Council in February for a ceasefire in Eastern Ghouta, which includes Douma, by dismissing reports of a brutal Syrian bombardment of the rebel enclave as “mass psychosis” that overlooked the damage Ghouta-based militants were inflicting on Damascus. “What we’ve been seeing over Ghouta is something that we’ve seen increasingly frequently in UN debates over Syria, which is [U.S. ambassador to the United Nations] Nikki Haley, the Brits, the French coming to the Council trying to shame the Russians, using the fact that we have so much horrific evidence of what’s going on on the ground … and the Russians not merely ignoring that but effectively questioning whether [it’s] fake news—implying that everything is propaganda being produced by the rebels,” Gowan told me.

Russia’s efforts to muddy the waters in Syria can be effective because there’s mud enough to churn up. Rebel fighters really did fire mortars at Damascus. It really is premature at the moment to state conclusively that chemical weapons were used in Douma, let alone who used them, though Western governments and international monitors like the World Health Organization strongly suspect that they were. But, as Peter Pomerantsev wrote in The Atlantic in 2014, these efforts are also a signature of the “new Russia,” which “doesn’t just deal in the petty disinformation, forgeries, lies, leaks, and cyber-sabotage usually associated with information warfare. It reinvents reality, creating mass hallucinations that then translate into political action. … We’re rendered stunned, spun, and flummoxed by the Kremlin’s weaponization of absurdity and unreality.”

“If nothing is true,” Pomerantsev observed, “then anything is possible”—even, the Kremlin would have you believe, that those watching news out of Douma this week can’t trust their lying eyes.