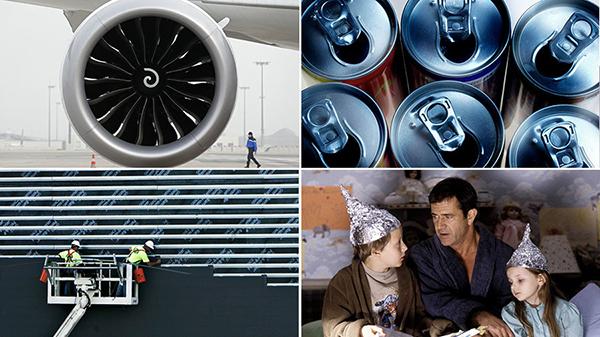 The inclusion of Russia’s aluminum giant RUSAL on the US sanctions list may significantly alter the metals market, threatening to break global supply chains and spark a deficit in the crucial industrial metal.

Aluminum futures surged by nearly 10 percent in London after the US Treasury Department sanctioned RUSAL and its owner Oleg Deripaska Friday.

Metal stocks have continued to rally this week after the London Metal Exchange fell in line with the US measure and suspended trading of RUSAL shares. The recent spike in metal prices has reportedly become the biggest three-day leap since 2009.

The Russian company is the world’s second-largest aluminum producer and one of the biggest global supplies. RUSAL covers some 14 percent of global supplies outside top producer China, according to analysts at CRU. The producer’s shares plunged nearly 50 percent since Friday, when the US imposed the penalties.

Nearly 30 percent of Russia’s aluminum exports go to the US market, so the move against RUSAL is a serious blow for the company, according to expert analyst at Russian broker Finam, Aleksey Kalachev. He says that the aluminum giant might redeploy the deals into alternative currencies

RUSAL’s share in the US market comprises some 15 percent. “The company’s exit from the market will trigger a local deficit in the US, which in turn will lead to a price rally for American consumers,” Kalachev told RT, citing the recent surge of the US aluminum stocks.

The US could partially replace the Russian giant with suppliers from Canada and Australia, as well as from Middle East producers, including Saudi Arabia and the UAE, according to a B&N Bank analyst, Anton Pokatovich. “However, Canadian production capacity is currently fully engaged with orders and is not likely to fully replace Russian imports,” he said.

Pokatovich added that even a short-term deficit would provoke price hikes for the metal, though they are not likely to go beyond $2,300 per ton from the current $2,112.

Apart from the US, the sanctioned producer will definitely retain Turkey as its second export market, according to the Finam broker. “It’s difficult to say what impact the punitive measures will have on the EU, which is currently the third biggest market for RUSAL,” said Kalachev.

Aluminum, discovered just 150 years ago, now ranks number two in the consumption volumes among all the metals, topped only by steel. This highly industrialized metal can found in everything from soda cans or cell phones to window frames and airplanes. Aluminum is widely used in various industries from manufacturing and construction to auto and aerospace.

Russian Prime Minister Dmitry Medvedev said on Wednesday his government should look at US goods or goods produced in Russia by American companies when considering a possible response to the sanctions.