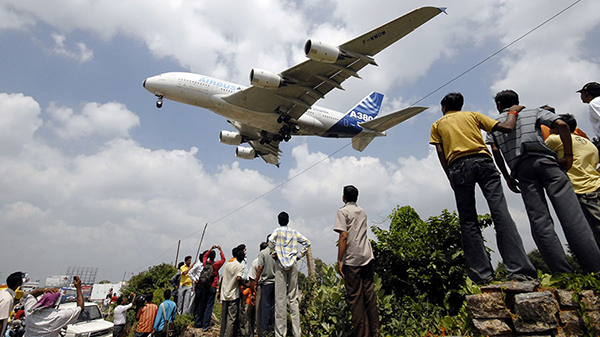 Authorities in India have decided to start taxing migration as they suspect the country’s rich of fleeing to escape scrutiny and tax liability. Such migration has a direct impact on the government’s tax revenue, they say.

A special body has been set up by the Central Board of Direct Taxes (CBDT), which advises the Finance Ministry on income tax policies. It was tasked to come up with a set of rules to make people pay if they are looking to migrate.

A report this month by Morgan Stanley revealed that 7,000 millionaires left India in 2017. In total, over 23,000 have left over the last four years. According to Credit Suisse, there were about 245,000 millionaires in India as of last November.

“Some of the countries across the globe have an exit or a departure tax,” Jiger Saiya, tax and regulatory partner at the law firm BDO, told Quartz.

He added: “For instance, individuals moving out of Canada are imposed tax on the deemed disposition of assets owned by the individual.”

In Canada, when a person is leaving the country permanently, the government considers that he or she has disposed of all property, even if it is not actually sold. This so-called ‘deemed disposition’ leads to capital gains or losses that the person is liable to pay before leaving.

Similarly, in Singapore, foreign employees or permanent residents leaving the country for good are deemed to have derived gains from unexercised or restricted stock options held by them. According to Saiya, citing alternatives to an ‘exit tax,’ those migrating must pay tax on such deemed gains before leaving the country.

“The (CBDT) working group may also consider introducing reporting and compliance laws, like in the US,” he said.

The expert explained that “With the surfacing of scams worth crores [a unit in the Indian numerical system], a surge in the use of virtual unregulated cryptocurrencies, investment opportunities overseas for the ultra-rich etc., tax aspects surrounding the ultra-rich were bound to draw attention.”

Many of India’s rich have been named in lists of alleged tax evaders, including the Panama Papers and Paradise Papers. At least 121 have been put on trial based on probes.

“While the fear of prosecution is a strong reason for people who have the means, money, and motive to migrate abroad, it is not the only one. The exodus is also on account of other factors such as the chance of an improved quality of life overseas, social security, healthcare, better investment opportunities, low tax rates, etc.,” said Saiya.