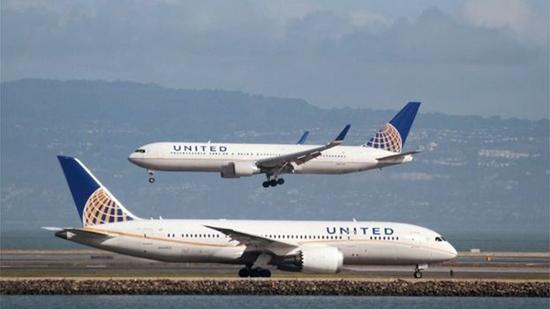 A former Chicago aviation security officer who was fired after dragging a man off a flight last year has filed a lawsuit against the airline and city.

James Long is suing Chicago’s Department of Aviation (CDA), its commissioner and the city, alleging he was not trained on how to use force.

He was sacked after removing David Dao from the plane last April to make room for United Airlines employees.

The ordeal led to demonstrations at Chicago’s O’Hare International Airport and turned into a public relations disaster for United Airlines.

The 69-year-old Vietnamese-American physician was forcibly removed after refusing to give up his seat to airline employees on a flight from Chicago to Louisville, Kentucky on 9 April last year.

Dr Dao, who lost two front teeth, suffered a broken nose and a “significant” concussion, later reached a settlement with United Airlines for an undisclosed amount of money. The airline also apologised for how he was treated.

His lawyer has said that Dr Dao found the experience “more horrifying and harrowing than what he experienced when leaving Vietnam”.

The airline also changed its policy on giving staff last-minute seats on full flights and said future crew members would be allocated seats at least an hour before departure.

Mr Long and three other security officers were placed on administration leave after the incident. He was fired by the city in August, the lawsuit claims.

According to the complaint, filed in Cook County Circuit Court on Tuesday, Mr Long claims the airline should have been aware that calling security would result in “the use of physical force”.

He also alleges that although he completed five months of a police recruit training programme, the department did not provide training on the “level of force continuum”, according to the Chicago Tribune newspaper.

“But for the CDA’s negligence and failure to train [Long] how to respond to an escalating situation with an Airline Passenger, [he] would not have acted in the manner he did, which resulted in his termination,” the complaint says, according to newspaper.

The lawsuit also blames CDA Commissioner Ginger Evans, whom Mr Long claims defamed him in statements to US media.

The former aviation officer is seeking damages over his sacking, which includes back pay and payment to his retirement plan.

Bill McCaffrey, a spokesman for Chicago’s department of law, told Reuters news agency he had not received the lawsuit and declined to comment further.