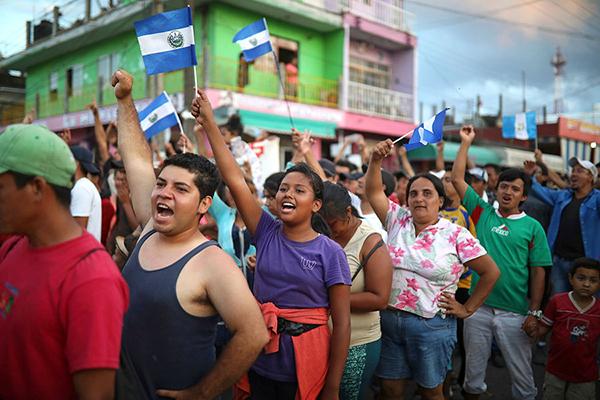 The Monroe Doctrine’s revival, even if only as a rhetorical tool, is likely to mean a wary reception for Pence at the Summit of the Americas, analysts say. And any attempt by the US to browbeat its neighbors over economic ties to China is certain to be received with a collective ‘Too late!’

APRIL 11, 2018 —The political leaders of Latin America may have been justified in daring to hope over recent years that the Monroe Doctrine was a thing of the past.

Indeed it seemed – as a succession of US presidents starting with Bill Clinton in 1994 emphasized hemispheric partnership over backyard dominance – that the 19th-century policy declaring Latin America the sole domain of the United States was a relic that had been retired. Barack Obama had appeared to provide the coda, ending the last cold-war-era conflict in the region by normalizing relations with Cuba.

Under President Trump the Monroe Doctrine, first uttered by President James Monroe in 1823 to warn away European colonial powers, has come roaring back. Only now Uncle Sam’s “keep out” sign is directed at expansive powers China and Russia – and to some extent even Iran.

Former Secretary of State Rex Tillerson kicked off a February swing through Latin America by invoking the doctrine as a warning to China to lay off the heavy economic investments in the region. Before taking his White House job, National Security Adviser John Bolton implored Mr. Trump to “reassert the Monroe Doctrine” – which he lamented as a “casualty of the Obama years” – to halt “Russian meddling” in America’s backyard.

And while Trump has not invoked the doctrine by name, his threat last year to send the military to take care of Venezuela’s upheaval and his recent call for US troops on the border with Mexico both hark back to the policy’s corollary: America’s assumed right to intervene in its sphere of influence.

Now, as Vice President Mike Pence prepares to stand in for Trump at this weekend’s Summit of the Americas in Lima, Peru, the region is wondering which America to expect, both at the regional gathering and under the Trump administration.

Will it be the America of partnership and engagement in the summit’s long-term goals of hemispheric prosperity and democratic governance – or the “Monroe” America of nationalist economics, confrontational diplomacy – and even military intervention?

The Monroe Doctrine’s resurrection, even if only as a rhetorical tool, is likely to mean a wary and even suspicious summit reception for Mr. Pence, some regional analysts say. Moreover, add others, any attempt by the US to browbeat its Latin neighbors over economic ties to China is certain to be received with a collective “Too late!”

“If [the US] goes down there with the traditional mindset that Latin America is ‘our’ sphere of influence … it’s going to repel the leaders at the summit and relations are going to continue to deteriorate,” says Michael Shifter, president of the Inter-American Dialogue, a Washington-based think tank that promotes democracy and social equity in the region. “The administration needs to understand the realities in the region,” he adds, “among which is the dwindling influence of the United States.”

In the run-up to the summit, senior administration officials have been hammering home the message that the region should stick with the US and resist the siren song of Chinese trade and investment.

“The United States should remain the partner of choice” for countries from Mexico to Chile and Argentina, one official told journalists in a pre-summit briefing last week. In particular, China’s trade model has “not been productive for the hemisphere,” the official said.

Yet for many regional experts, the warnings emanating from the administration over China’s deep economic engagement across the region are akin to closing the proverbial barn door after the horses have escaped: It’s simply too late.

The region’s reaction to the stepped-up China-bashing is “a collective eye roll,” says Margaret Myers, director of the Latin America and the World Program at the Inter-American Dialogue. With China already the top trading partner of numerous Latin American countries, including regional giant Brazil, any US efforts to demonize China will fall on deaf ears, experts say.

Trump’s last-minute decision to stay in Washington and have Pence fill in for him at the summit – the eighth since President Clinton hosted the inaugural regional gathering in Miami in 1994 – is likely to further dent US standing in the region, analysts say.

Not that Pence is disliked or dismissed in Latin America. The vice president toured the region in August, and reports filtered out that leaders from a number of countries appreciated Pence’s efforts to allay regional fears stoked by Trump’s repeated threats to use the “military option” in Venezuela.

That said, Pence has made clear since being tapped to stand in for Trump that addressing Venezuela remains a top priority for the US. In a statement Tuesday laying out his summit priorities, the vice president said he looked forward to “working with our close allies in Latin America to collectively hold undemocratic actors in the region accountable for their actions.”

That was a clear reference to Venezuelan President Nicolás Maduro, who has been disinvited from the summit by host Peru (Mr. Maduro has threatened to show up anyway).

But no one substitutes for the US president, analysts note, especially at a summit that no US president has missed since the triennial gatherings began. And with the White House stating that Trump is staying home to coordinate a US response to the Syrian chemical weapons attack and to “monitor” other world events, summit leaders are likely to double down on the deepening perception that American interest in the region and its leadership capacity are waning.

Pence will also have to try to smooth feathers ruffled by the president’s rhetoric concerning America’s backyard – and as analysts point out, most of Trump’s references to the southern neighbors have been negative, even aggressive.

“Mexico is often a punching bag in the pronouncements of this president, and that reverberates much beyond Mexico into the region,” says Jason Marczak, director of the Atlantic Council’s Adrienne Arsht Latin America Center in Washington.

Indeed Trump’s threats to militarize the US-Mexico border and his recent tweets renewing his claim that migrants from the south include large numbers of rapists only cement the view shared by many Latin Americans: that with Trump, a nastier Uncle Sam is back. (A recent Gallup poll found that 16 percent of Latin Americans approve of Trump’s performance in office.)

Dealing with US versus China

The irony of the slide in US-Latin relations is that most of America’s southern neighbors aspire to a productive partnership with the US, analysts say.

“The truth is that if they have a choice, most in Latin America would prefer to deal with the US, certainly over China,” says Mr. Shifter. “The problem is that the US isn’t offering a lot in the way of investments and other incentives, and China is.”

The US needs to understand, he adds, that “Latin America is not wild about the Chinese model, but the leaders do want to reduce poverty and deliver greater prosperity” – things that were once more clearly offered by close ties to the US.

Shifter says the summit Pence will attend does offer the US the chance to turn things around – for example by robust engagement in regional efforts to address the summit’s theme of battling corruption through strengthened democratic governance. The US could also enhance its image by spurring a cooperative regional approach to the Venezuelan crisis, he adds.

Mr. Marczak notes that with an estimated 5,000 Venezuelans fleeing daily to neighboring Colombia and Brazil to escape economic collapse and political repression, some regional approach to what risks becoming a refugee crisis of global proportions should top the summit’s agenda.

The trick for the US will be to realize that, whether it’s about addressing Venezuela or the entire region, it can no longer impose its will or apply a one-size-fits-all policy to Latin America, regional experts say.

“The notion [from the first Summit of the Americas] of cementing some broad hemispheric consensus and putting 35 governments on the same page just isn’t going to happen in this day and age,” says Shifter. “The US has an important role to play, and the deterioration of relations with the region isn’t doomed to continue,” he adds. “But it’s safe to say a turnaround won’t come from some nostalgia for the Monroe Doctrine.”