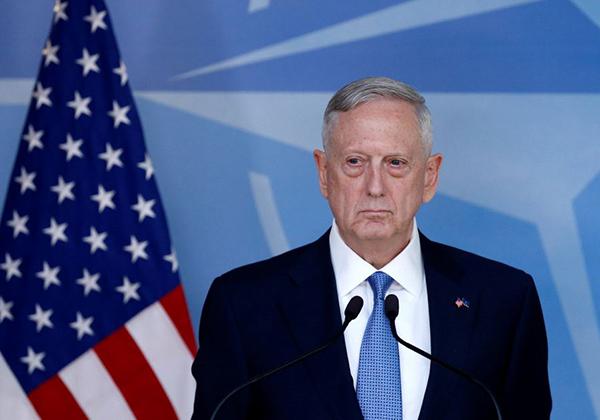 US Defense Secretary Jim Mattis has told lawmakers that the US military is still “assessing the intelligence” on the alleged chemical attack in the Syrian town of Douma, and that President Trump has yet to decide whether to launch strikes against the Middle Eastern country.

“There have been a number of these attacks. In many cases, you know we don’t have troops, we’re not engaged on the ground there, so I cannot tell you that we had evidence, even though we had a lot of media and social media indicators that either chlorine or sarin were used,” Mattis said, speaking to members of the House Armed Services Committee on Thursday.

The defense secretary said he did believe that a chemical attack took place, but that the US was still “looking for the actual evidence.”

“We’re still assessing the intelligence, ourselves and our allies. We’re still working on this,” he reiterated.

Warning that he was concerned that a US strike might lead to an “out of control” escalation in the Syrian war, Mattis said that Washington was “committed to ending that war through the Geneva process through the UN-orchestrated effort.”

“On a strategic level, [the issue is] how do we keep this from escalating out of control, if you get my drift on that,” he said, alluding to the prospects of a confrontation between Russian and US forces deployed in the Middle Eastern country.

According to Secretary Mattis, President Trump has yet to decide whether or not to launch an attack. “We’ve not yet made any decision to launch military attacks into Syria,” he said.

“I don’t want to talk about a specific attack that is not yet in the offing, knowing that this would be pre-decisional. Again, the president has not made that decision,” he added.

Mattis said he would discuss Syria options at a National Security Council meeting later Thursday, and promised to keep lawmakers informed if the Pentagon did decide to attack. He added, however, that the White House has the authority to conduct strikes without seeking Congressional approval.

Asked if the US was ready to mount an attack, Mattis replied that “We stand ready to provide military options if they’re appropriate, as the president determined.”

Syrian opposition media reports last week of an alleged chemical attack by government troops prompted the US and its allies to blame Damascus and to start preparations for a possible military response. The Syrian government denied responsibility. The Russian Center for Reconciliation sent inspectors to Douma, finding no trace of chemical weapons use. Moscow has called for an independent investigation into the matter.

Syrian President Bashar Assad warned Thursday that any Western military intervention in Syria would “contribute nothing but an increase in instability in the region, threatening international peace and security.”

Syria destroyed its chemical weapons stockpile in 2013 in a deal brokered by Russia and the United States in exchange for the latter’s agreement not to attack the Middle Eastern country. In 2014, the Organization for the Prohibition of Chemical Weapons confirmed that Syria’s chemical weaposn arsenal had been eliminated.