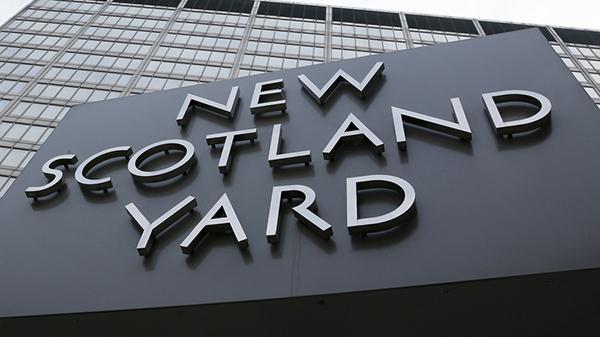 The statement released by UK police on behalf of Yulia Skripal appears to be designed to cut her off from outside contact, the Russian Embassy in the UK says. The mission is calling for verification that the statement is genuine.

Scotland Yard earlier issued a statement that was apparently from Yulia Skripal, the daughter of former double agent Sergei Skripal, who are both recovering from poisoning in the UK. British authorities have been accusing Moscow of poisoning the Skripals since day one of the case, allegations that Moscow firmly denies.

“If everything mentioned there is true we cannot but congratulate our compatriot,” the Russian Embassy said in reaction to the Yulia Skripal statement, which it dubbed “an interesting read.”

The embassy then called for verification that the words attributed to Yulia were indeed her own. “With no possibility to verify it, the publication by the Metropolitan Police raises new questions rather than gives answers,” the embassy’s message said. “As before, we would like to make sure that the statement really belongs to Yulia. So far, we doubt it much.”

The statement, in which Yulia Skripal refuses the proffered assistance of the Russian Embassy and asks her cousin Viktoria to avoid trying to contact her, seems to have been “composed in a special way so as to support official statements made by British authorities and at the same time to exclude every possibility of Yulia’s contacts with the outer world – consuls, journalists and even relatives,” the embassy said.

The part where the statement released by the Met Police talks about Yulia having “access to friends and family” has also raised questions. Yulia’s closest relatives, according to the embassy, are her cousin Viktoria and her grandmother Elena, Sergei Skripal’s mother, who live together. Seeing as how Yulia is refusing contacts with Viktoria, it is unclear what family the statement speaks of.

“Particularly amazing is the phrase ‘no one speaks for me’ appearing in a statement which, instead of being read on camera by Yulia herself, is published at Scotland Yard website,” the embassy said. The original statement also says Yulia is “not yet strong enough to give a full interview to the media.”

Before the London police released Yulia Skripal’s supposed statement, reports suggested that she had been moved to a secure, undisclosed location, “thought to be a well-guarded country house.” The Russian diplomatic mission then voiced worry that she was being “held hostage“ – which was not alleviated by the release of the official statement.

“To sum up, the document only strengthens suspicions that we are dealing with a forcible isolation of the Russian citizen. If British authorities are interested in assuring the public that this is not the case, they must urgently provide tangible evidence that Yulia is alright and not deprived of her freedom,” the embassy said.

Yulia Skripal and her father had spent several weeks in a coma following their poisoning on March 4 in the city of Salisbury, where Sergei lived after being exchanged in a spy swap in 2010. Yulia and Sergei only recently woke up, though, according to the statement attributed to Yulia, both are still “suffering with the effects of the nerve agent used against us.”