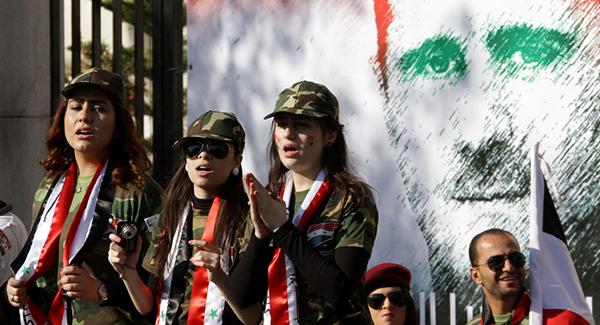 WASHINGTON (Sputnik) – The United States has new evidence that suggests chlorine gas and an unidentified nerve agent were used in a recent attack in the Syrian town of Duma, but US officials are not 100 percent sure about the intelligence, NBC News reported on Thursday.

Two US officials familiar with the evidence said blood and urine samples allegedly obtained from the Syrian town tested positive for both chlorine and an unnamed nerve agent, NBC News reported.

The officials said they were “confident” in the intelligence, but “not 100 percent sure” about it, the report added.

Their uncertainty could stem from questions about the source of the evidence. US officials did not reveal how the evidence was obtained, but the report said such samples are generally collected by hospitals or intelligence operatives on the ground, whether agents of the United States or its allies.

The evidence is likely to be presented to President Donald Trump as part of an assessment of the nature of the attack, the report said, citing an official familiar with the intelligence. Trump is currently weighing a response to the alleged chemical attack, which he has blamed on Syrian President Bashar Assad.

Reports of the alleged attack first emerged on Saturday, when rebel-allied groups said an apparent chemical attack killed up to 70 people.

The Syrian government has denied using chemical weapons in the Eastern Ghouta town of Douma, saying the alleged attack was staged by the terrorist group Jaish al-Islam to serve as a rallying call for intervention in Syria.

Russia’s Foreign Ministry has said the goal of the reports of chemical attacks was to provide cover for terrorists and justify the use of military force against Assad. As early as March 13, Russian Air Forces were warning that terrorist groups in Eastern Ghouta were planning to stage a chemical attack as a provocation.

The Russian side has also sent its military specialists to conduct an analysis of the soil on the site of the alleged attack immediately after the reports occurred, as well as to question local doctors whether they received patients with signs of chemical poisoning. None of the carried out probes showed the presence of a nerve agent or other harmful substances on the site.