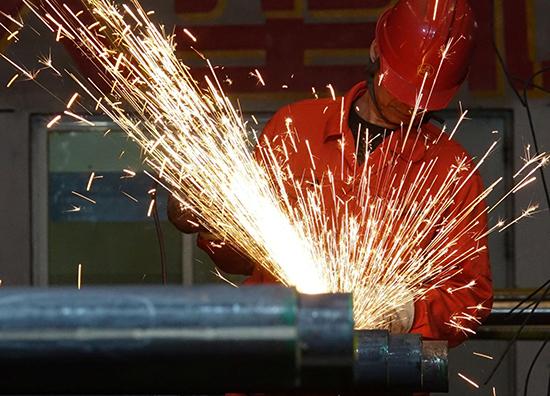 JAKARTA (Reuters) – The World Bank on Thursday raised its growth forecast for East Asia and Pacific for 2018, but it said the region’s economies may need to adopt tighter monetary policy and larger fiscal buffers to guard against short-term risks.

The Washington-based lender said it expects 2018 growth in the developing East Asia and Pacific (EAP) region, which includes China, at 6.3 percent. Its previous forecast in October was 6.2 percent.

The World Bank also raised its growth outlook for China this year to 6.5 percent from its October forecast of 6.4 percent, attributing it to faster-than-anticipated 2017 growth.

The bank said China’s economy continues to rebalance away from investment and towards domestic consumption with policies that focus more on slowing credit expansion and improving the quality of growth.

The overall improvement in the outlook for EAP was underpinned by “prospects for a continued broad-based global recovery and robust domestic demand”, the bank said.

However, even with favorable prospects, it urged policy makers to recognize and address short-term risks associated with a faster-than-expected rise in interest rates in advanced economies and possible escalation of trade tensions.

“To address risks to macroeconomic stability, countries will need to consider tightening monetary policies and further strengthening macroprudential regulations,” the World Bank said, adding that this will be particularly important in countries with high debt levels or rapid credit growth.

The EAP region also needs to address moderating growth prospects in the medium term, including by deepening trade integration amid continued threats to the global trading systems, the bank said.

It suggested bolstering mechanisms such as the ASEAN Economic Community, the Comprehensive and Progressive Agreement for Trans-Pacific Partnership, and China’s Belt & Road Initiative to face the emerging challenges of labor saving technologies and automation, and the blurring of the lines between manufacturing and services.

“Improving competitiveness will also be important for countries in the region as they seek to adjust to the ongoing changes in the manufacturing landscape with the evolution of technology,” the bank said.