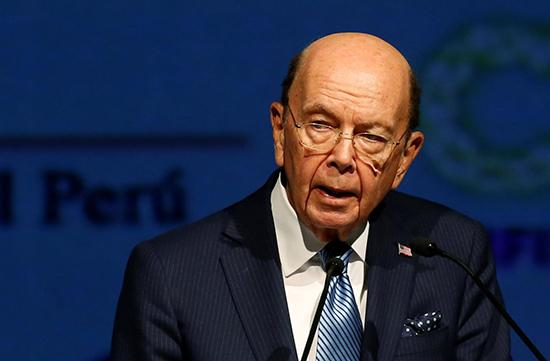 LIMA (Reuters) – U.S. Commerce Secretary Wilbur Ross said on Thursday that Latin American economies benefited more from trade with the United States than with China and vowed Washington would not cede leadership in the region to “authoritarian countries.”

Speaking at a business event in Lima before Friday’s start of the Summit of the Americas, Ross also put pressure on Latin American nations to do more to facilitate trade.

“Tariff and non-tariff barriers are unnecessarily severe,” Ross told the CEO Summit of the Americas, a gathering of business and political leaders.

Ross said barriers to U.S. trade with the region included delays in clearing goods through borders and high compliance costs. He urged countries that had not ratified the World Trade Organization’s trade facilitation agreement – which requires timely publication of customs procedures – to do so.

“A welcome side benefit will be reduced corruption at the customs level,” Ross said.

Ross said most U.S. imports from Latin America were manufactured goods as opposed to the raw materials and agricultural commodities that make up the bulk of Chinese imports from the region.

“These higher, value-added products provide high-paying jobs and therefore are more beneficial to the local economies,” Ross said. “We will not cede leadership in our hemisphere to authoritarian countries that … exploit the region’s rich natural resources.”

Asked about Beijing’s promise to “fight back” if U.S. President Donald Trump further escalated trade tensions with China, Ross said: “It’s not a question of fighting back.”

“These are long-standing issues. We have taken action. They will take action. We’ll see how it ends,” Ross said.

After his speech, Ross told journalists it would be “sensible” for there to be a deal on updating the North American Free Trade Agreement among the United States, Mexico and Canada, but declined to estimate when one might be reached.