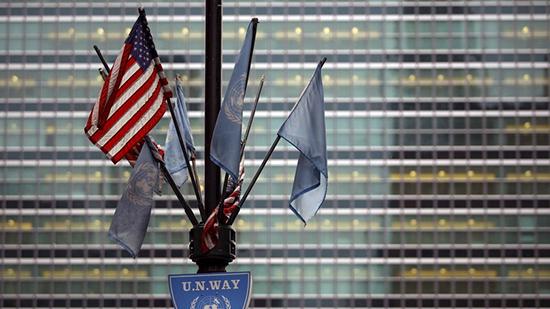 The threat by the US to use force in Syria undermines international law and the entire United Nations system, Bolivian Ambassador to the UN Sacha Llorenti, who called a Security Council meeting over the issue, told RT.

By threatening to act against Damascus with or without the UN’s blessing, Washington is putting itself above all other nations, flaunting international law, the UN Charter, and the UN system as a whole, Llorenti said.

“The problem is that the United States believes and it acts as if it’s above any law. They believe they have their own rules and it’s not the case,” the ambassador said.

On Wednesday, Llorenti asked the UN Security Council (UNSC), of which Bolivia is a non-permanent member, to convene on Thursday to discuss the “escalation of rhetoric regarding Syria and these threats of unilateral military action.”

This follows Monday’s threat by US Ambassador to the UN Nikki Haley that Washington might go to war in Syria alone if it can’t secure approval in the UN due to what she called “obstructionism” from Russia. “Either way, the United States will respond,” Haley said.

Llorenti argued that while the UNSC faces many problems of its own and is in need of reform, its main priority for now should be “to unite and to create an independent mechanism in order to investigate the alleged chemical attacks.”

Even if countries can’t agree on a mechanism, this does not mean the US is allowed to do whatever it wants in Syria, Llorenti said, and at this point, “there is no conclusive investigation on the chemical attack.”

“So, whatever happens, if the United States takes unilateral action, it will be a violation of international law and the UN system should, of course, not accept that,” Llorenti stressed, noting that a potential military strike “will not be an attack against Syria, but an attack against the whole United Nations System.”