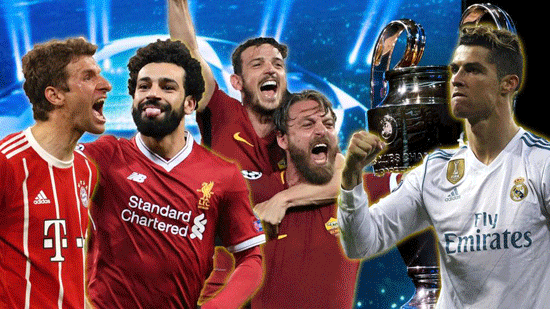 Liverpool will play against Roma in the semi-finals of the Champions League, whille Bayern Munich go up against Real Madrid.

Liverpool put out Premier League leaders Manchester City in the quarter-finals and now face Italian side Roma for a place in the Champions League final in Kiev.

Like in the quarter-final win over City, Liverpool will stage the first leg at Anfield before travelling to Rome’s Stadio Olimpico for the second leg.

The second semi-final sees the two leading contenders in the betting clash as Real Madrid head to Germany to face Bayern Munich in the first leg of their semi-final.

Liverpool booked their semi-final place with a thrilling win over Manchester City, while Roma stunned Barcelona 3-0 to dump out the Spanish league leaders.

On Wednesday night, there was more incredible drama as Real Madrid scored a stoppage-time penalty to narrowly avoid extra-time against Juventus, who had led 3-0 at the Bernabeu until Cristiano Ronaldo stepped up to dispatch the spot-kick into the top corner and send the holders through.

Elsewhere, Bayner Munich booked their place in the semis following a goalless draw on the night against Sevilla, which saw them through 2-1 on aggregate.