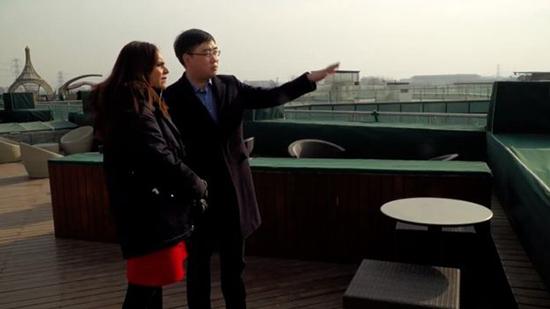 But how much do you know about its enigmatic, low-key founder, Cheng Wei?

“I was born in 1983,” he tells me as we walk around the massive Didi complex on a chilly Beijing morning.

It is his first TV interview with foreign media.

“My entire management team has a lot of people in their 30s,” he says. “We are idealistic and can be rash sometimes, but we also bring a lot of surprises.”

No-one could accuse Cheng Wei of being rash. Every step of the Didi journey has been well planned.

His first step was to rule the market in China.

His next step, he tells me, is to take over the world: “The Chinese market is of course very important, but today Didi’s vision is already going global.”

But Cheng Wei is quick to point out that Didi’s way of entering new markets is not what most in the West may be used to.

“Didi’s global strategy may be a little different from others,” he says, smiling. “Our strategy isn’t always to do everything ourselves.”

“But in markets where there aren’t any successful local companies, then Didi will enter that market to share our experience. That’s what we’re doing right now.”

Precisely and methodically, Didi is making its move into global markets.

It has already entered Japan and Taiwan. And earlier this year, it acquired 99, Brazil’s leading ride-hailing app.

Just this week, the company told the BBC it was also launching in Mexico. The move will set it up to compete against its old American nemesis – Uber – right in that firm’s own backyard.

But expanding internationally for Didi may not be all that easy, simply because of the suspicions Chinese companies sometimes face when they try to go overseas.

Earlier this year, Huawei said it was not able to strike a deal to sell its new smartphone via a US carrier, over security concerns.

The scuppered deal was just the latest example of a Chinese firm struggling to do business in the US.

Huawei hit back and said that the reason the US wanted to keep it out of the country was because it is too competitive.

But many US politicians and businesses believe that Chinese companies have been given an unfair advantage by their government.

Some also say that Chinese companies that deal in data, as Didi does, hand that data back to the Chinese government – a perception Cheng Wei is quick to correct.

“When American companies first entered China, there were also these concerns,” he says.

“Whether you’re Chinese or American, data is the lifeline of any business. If you can’t guarantee data security, that’s going to be totally destructive for the business.”

Cheng Wei is very much the face of new China.

He’s quietly confident, with the conviction to carry out what he wants to achieve. And he’s got the cash to splash on ambitious plans for the future.

“This is not old China. This is a new generation, ” says Chris DeAngelis, who routinely advises Western companies coming into China.

“The US needs to wake up because right now, we’re going to get our asses kicked basically,” adds Chris, speaking of the prowess that Chinese tech firms such as Didi have over American ones.

But Cheng Wei isn’t losing any sleep over the US-China rivalry.

“For the past two decades, it was China who learned more from the US,” he says. “But in the next 10 years, we’ll ride on each other’s successes. There’s no point thinking who will surpass who.”

Watch out world, Didi is coming.

And you can watch the rest of Cheng Wei’s interview on BBC World’s Asia Tech Titans series this weekend at these times.