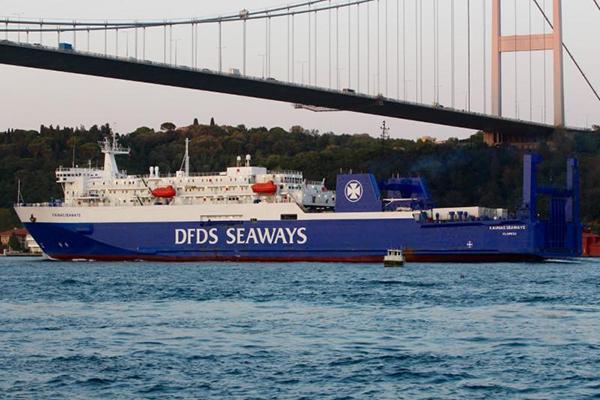 It marks a change of course for the Turkish company, which had planned an initial public offering for up to 57.7 percent of the company, a draft prospectus showed last month.

On April 12, DFDS said U.N. Ro-Ro’s freight market was “one of Europe’s most attractive” and that it was operationally similar to northern Europe, where DFDS does most of its current business.

Shares in DFDS rose 4.5 percent after the news.

DFDS’s board has decided to terminate the company’s current share buyback program and suspend a planned dividend.

It is also recommending a share issue of 1 billion Danish crowns ($166 million) as part of the financing structure which otherwise consists of committed term loan financing.

The Lauritzen Foundation, which holds 42 percent of DFDS’s share capital, has confirmed its intention to participate pro rata in a share issue, DFDS said.

Actera and Esas Holding had acquired the 98.8 percent stake, which DFDS now plans to buy, from private equity firm KKR & Co LP for an undisclosed sum in 2014.

DFDS said the ratio between its net interest bearing debt and its core profit (EBITDA) is expected to rise to around 2.5 after the deal and the share issue. That would be in line with its targeted ratio of between 2.0 and 3.0.

DFDS also changed its financial forecast for 2018 as a consequence of the deal and now expects revenue to grow by 8 percent and EBITDA before special items of between 3.0 billion and 3.2 billion Danish crowns.