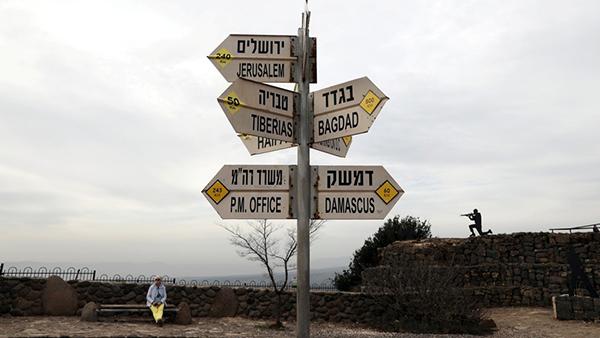 A new reality is taking shape as one war gives way to new ones.

The reports of yet another Israeli Air Force strike this week on a base near Homs show that there is a new reality in Syria, taking shape as the civil war draws to a close—one that creates a predetermined chronicle of collision between Israel and Iran, on the soil of a third party. The routing of ISIS and the reestablishment of Bashar al-Assad’s rule across much of the state of Syria, alongside the seeming lack of American interest in the country except after major chemical attacks, is facilitating the expansion of Iran’s influence—indeed its de facto takeover—in much of the country. And with each passing day the sensation in Israel, of standing alone against the Iranian gambit to turn Syria into an Iranian forward base, grows more intense. The only thing that might change it is change of American policy.

Initially, the official Syrian response to the attack on the T-4 base in central Syria seemed muddled. The Assad regime hurried to accuse Washington, believing that the strike was a punitive response to the alleged deployment of chemical weapons in Douma, near Damascus, over the weekend. Washington’s unequivocal denial turned suspicions south of Syria—toward Israel. Later, Damascus and Moscow announced their belief that Israel was responsible.

At this stage it is still difficult to say what precisely occurred in the attack, but the results, it is clear, are a blow to Iran. And judging by the reactions in Moscow, the strike also managed to irritate Russia. Israel is unwilling to officially own responsibility or, heaven forbid, clarify the nature of the target that was struck. The few known details have come in from Lebanon, Syria, and Iran. According to Lebanese reports, Israeli aircraft entered Lebanese airspace at 3 a.m. Monday morning; flying east, the aircraft approached the Syrian border and released guided missiles toward the base. Human-rights groups reported 14 dead Syrian and Iranian soldiers. According to Arab and Iranian media reports, at least seven Iranian Islamic Revolutionary Guard Corps soldiers were killed, including one colonel.

This was not the first time Israel has attacked the same airbase. On February 10 an Iranian drone took off from the very same airfield and entered Israeli airspace in the area of the Jordan Valley. Immediately thereafter, in the early hours of a Saturday morning, Israel struck an Iranian drone control caravan on the base, drawing Syrian anti-aircraft fire, which, for the first time since 1982, managed to down an Israeli fighter jet. That incident, in which the plane fell over Israel, raised the specter of an escalation and even an Iranian-Syrian military confrontation with Israel.

The target of Monday’s strike appears to have been the command center of Iran’s drone-operating forces in Syria. Breaking precedent, Israel did not inform Russia ahead of time; the established hotline between the two militaries, despite the fact that there are Russian forces stationed at the base, was not used. In Israel, members of the security services were concerned that Russia—which has tolerated cross-border raids by the Israeli Air Force as long as they do not fundamentally harm Russia’s efforts to perpetuate Assad’s rule—would act to foil the strike. Hence Moscow’s surprise and anger this time around.

It is hard to gauge whether the Israeli strike will trigger an Iranian-Syrian response. In the past, Hezbollah has retaliated against Israeli raids, including the January 2015 airstrike on the Syrian side of the Golan Heights in which Jihad Mughniyeh, a Hezbollah commander, and several Iranian Revolutionary Guard officers were killed. But we can safely say that the Israeli strike on T-4 is far from the final one on Syrian soil. Israel has stated clearly that it will not allow an Iranian military entrenchment in Syria. That is a red line as far as Israel is concerned, and, rather unusually, the military brass and the political leadership are in lockstep about the need to robustly enforce it (in stark opposition to the disagreements about the Palestinian issue).

But meanwhile the Syrian reality has come knocking hard at Israel’s door. The Iranians are not showing any signs of curtailing their actions; on the contrary, they are exhibiting signs of escalation. Iran’s Revolutionary Guards are establishing permanent bases in Syria, intended for Shiite militias that Iran funds (some of which are built adjacent to Russian positions so as to deter Israeli strikes), along with airbases and seaports.  Tehran is meanwhile spending enormous amounts of resources in order to buy swaths of the Syrian economy (phosphates, mobile network operators etc.). Israeli estimates put Iranian expenditure in Syria and Hezbollah at $30 billion since the Syrian Civil War started. A recent summit in Ankara on the future of Syria, attended by Russian President Vladimir Putin, Turkish President Recep Tayyip Erdogan, and Iranian President Hassan Rouhani, only proves, from the Israeli perspective, that Moscow is fueling the Iranian wildfire in Syria. This reality coincides with the recent Syrian decision, as reported by Israeli journalist Amos Harel, to move its own tanks and artillery into the demilitarized zone in the Golan Heights, a clear violation of the separation agreement signed between the Israel and Syria in 1974 after the Yom Kippur War.

And so it would seem that the American position of turning a blind eye toward Iranian involvement in Syria, and Russian dominance in that country, are only encouraging further Israeli military action and, ultimately, a wide-scale confrontation with Iran and Syria.