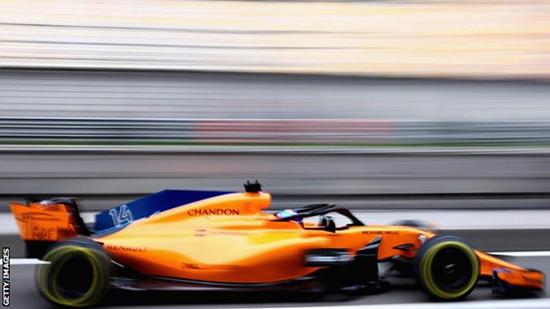 Hamilton made a couple of small errors on his fastest lap but the times suggest another close battle between Mercedes and Ferrari for the race win.

There was just 0.108secs between Hamilton and title rival Sebastian Vettel in fourth, with Valtteri Bottas’ Mercedes third.

Hamilton is 17 points behind Vettel, who has won the first two races.

The world champion has said he cannot afford to lose any more ground to the German in the title race.

Hamilton was highly impressive in setting the fastest time in the first session on Friday, but the frontrunners closed in the second.

The Mercedes perhaps still has a small advantage, as Raikkonen set his fastest time a little later in the session when the track grip levels would have improved.

“It has been a good day,” said Hamilton. “Ferrari were quick and Red Bull looked really fast on the long run. It’s good to see all the times so close, but it means that we really need to bring our A game.”

“It is not yet there where I want to be,” said Vettel. “We are still looking. It is difficult to find the sweet spot but if you do then you can unleash the pace.”

Sparky bum time? Verstappen has been told by his team not to make another mistake

Even Red Bull could get involved

There seems almost nothing to choose between the top two teams on pure pace, with Red Bull a little off on one-lap performance but much closer on race pace.

Max Verstappen was fifth quickest, 0.341secs off Hamilton, and has been told by his team he needs to have a clean weekend after driving errors and incidents have affected his chances in the first two races of the season.

Team-mate Daniel Ricciardo was only ninth fastest after making errors on his flying lap on the fastest ultra-soft tyres.

Renault’s Nico Hulkenberg was seventh quickest, split from team-mate Carlos Sainz in ninth by Kevin Magnussen, again impressing in the Haas after his strong start to the season.

McLaren’s Fernando Alonso completed the top 10 ahead of the Force India of Sergio Perez and Pierre Gasly’s Toro Rosso.

A late rain shower meant the session effectively ended 10 minutes early, although some drivers went out on intermediate tyres to get a feel for the track in slippery conditions.

McLaren were fined 5,000 euros (£4,324) by governing body the FIA after Stoffel Vandoorne, 14th fastest, had to stop on the track with a loose wheel.

It was another pit error, after a Ferrari mechanic suffered a broken leg in Bahrain last Sunday when the system gave Raikkonen a green light before the left rear had been removed.

Raikkonen had also had a problem in second practice in Bahrain, when sent out on to the track with a loose wheel.

Team boss Maurizio Arrivabene said the pit-stop system had been altered to avoid the errors that led to the injury happening again.

“We had a mishandling of the rear left,” said Arrivabene. “It was not perfectly read by the electronic device that gives the green light. We went through all the procedure together with the FIA, making sure that this thing doesn’t happen again, and it’s in our interest, because we care about our people, before anything else.”