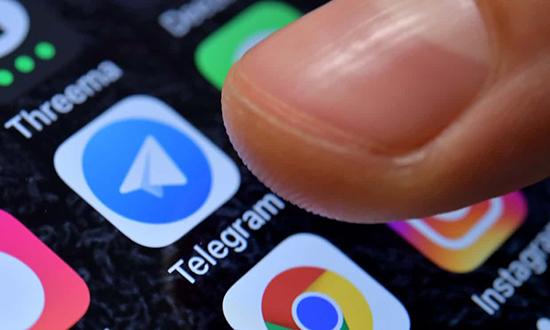 A Moscow court has banned the popular Telegram messaging app, in a landmark decision that moves Russia a step closer towards Chinese-style internet censorship.

The court ruling on Friday came after Telegram refused to give Russia’s Federal Security Service (FSB) encryption keys that would grant access to user messaging data.

It is not yet clear how the Kremlin will block the service from a technical standpoint.

Telegram, which has more than 200 million users worldwide, is especially popular with Russia’s elite. Both opposition politicians and Kremlin officials use it to stay in touch, and self-described insiders publish anonymous leaks of varying reliability from inside the halls of power.

“There are a lot of messaging services, Telegram is a very convenient one, we have been using it to communicate with journalists,” Peskov said last week. “But a law is a law, and if it is violated and no measures are taken, we will search for an alternative.”

Telegram was invented by the Russian internet entrepreneur Pavel Durov, who frequently clashed with the security services over his social network VKontakte and left Russia in 2014.

Durov has said publicly he will not give the FSB access to user data. He taunted the security agency last week by posting a photograph of two metal keys, following demands that Telegram provide encryption keys to the government.

Other encrypted messaging apps, such as WhatsApp and Signal, remain legal in Russia.

Alexei Venediktov, the well-connected head of Russia’s popular Echo of Moscow radio station, said the decision to block Telegram was an attempt by Russia’s law enforcement to stop technological progress rather than adapt to it.

“We’re throwing rocks at the locomotive,” he said.

Venediktov, who uses the app to stay in touch with people in government, said he spent the morning telegramming his contacts, both in and out of government, with instructions on how to install a virtual private network (VPN) on their phones to get around a ban.

Amnesty International on Thursday criticised the government’s case against Telegram as an attack on freedom of expression.

“By attempting to block the Telegram messaging app, the Russian authorities are launching the latest in a series of attacks on online freedom of expression in the country,” said Denis Krivosheev, the human rights group’s deputy director for eastern Europe and central Asia.