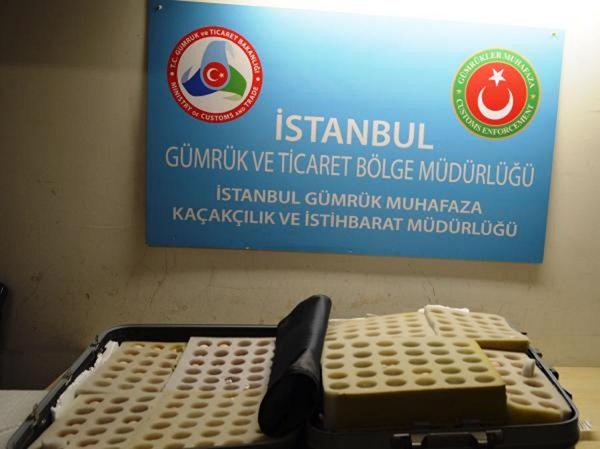 Some 802 Dong Tao (dragon) chicken eggs were seized in an operation at Istanbul’s International Atatürk Airport on April 12.

The operation came after customs officials started to monitor three suspects who arrived in Istanbul from Vietnam due to their suspicious behavior.

Three suspects were detained after picking up their luggage at the airport. In that luggage police subsequently found 802 Dong Tao eggs hidden and protected against risk of fracture.

Police officials said the suspects’ suitcases were specially designed to carry eggs, which each have a market value of $2,000.

Officials also said the suspects were planning to incubate the eggs via hatchers in Turkey.

Dong Tao chicken, also called Dragon Chicken, is a Vietnamese chicken breed with enlarged feet, which originates from the village of Dong Tao near Hanoi. Dong Tao chickens are valued as a delicacy in Vietnam, difficult to breed as their large legs make hatching difficult.