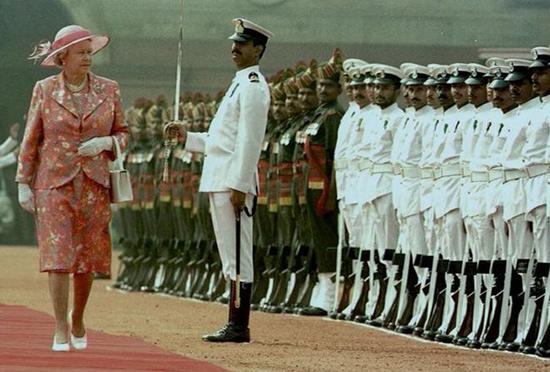 Commonwealth leaders are meeting in London. Here are seven things about this club of nations that you might not know.

About 2.4 billion people – out of 7.4 billion globally – live in the Commonwealth’s 53 countries. And most of them are under the age of 30.

The biggest country by population is India, which accounts for about half of the total. But 31 Commonwealth members have a population of 1.5 million people or fewer.

2) Some members were never part of the British Empire

Rwanda and Mozambique became members in 2009 and 1995 respectively, and neither has a British colonial past or constitutional link.

The club has lost members in the past. Robert Mugabe took Zimbabwe out in 2003 after its membership was suspended amid reports of election rigging.

Pakistan was suspended after a military coup in 1999 and was re-admitted four-and-a-half years later. And South Africa withdrew in 1961 after it was criticised by Commonwealth members for its apartheid policies. It became a member again in 1994.

The last country to leave was the Maldives in 2016.

Most of the Commonwealth states are republics and six – Lesotho, Swaziland, Brunei Darussalam, Malaysia, Samoa and Tonga – have their own monarch.

The Commonwealth makes up a quarter of the world’s land mass.

The giant of the group is Canada, the world’s second largest country. India and Australia are huge too. But many of the states are small – like the Pacific island nations of Nauru, Samoa, Tuvalu and Vanuatu, and Dominica and Antigua and Barbuda in the Caribbean.

5) It changed its name

The modern Commonwealth was formed in 1949, after “British” was dropped from the name and allegiance to the Crown was removed from its statute. Only two people have been head of the organisation – King George VI and Queen Elizabeth II. But it’s not a hereditary role, although the Prince of Wales is widely expected to take it up when he becomes king.

The Commonwealth had no constitution until it adopted its Charter in 2012, which committed members to 16 values of democracy, gender equality, sustainable development and international peace and security.

The Commonwealth has been criticised for being a post-colonial club and for having little influence. The Gambia announced its withdrawal in 2013 describing it as a “neo-colonial institution”.

Supporters say the benefits which membership brings include developmental support and co-operation on international goals.

Secretary-general Lady Scotland, said: “Our member countries have committed to nurture and protect democracy, development and respect for diversity.”

6) The UK still has the biggest Commonwealth economy… just

India could claim number one spot soon – possibly as early as this year.

UK exports to Commonwealth countries in 2016 were roughly the same as those to Germany, accounting for about 8.9% of all UK exports. Imports from the Commonwealth represented about 7.8% of the UK’s total – equivalent to the value of those from China.

7) There’s more than one commonwealth

Don’t forget the International Organisation of La Francophonie – a group of French-speaking countries. And there’s the Commonwealth of Independent States, which was set up in 1991 by former members of the Soviet Union.