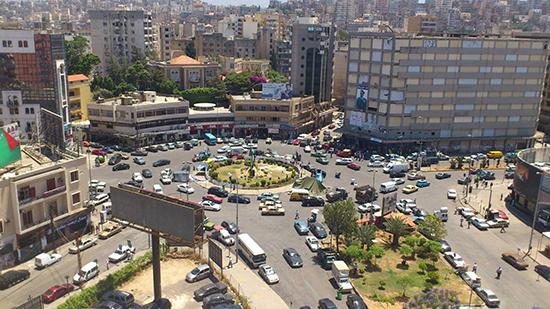 Following the implementation of Lebanon’s new electoral law, the three Qada’as of Tripoli, El Minyeh, and El Donniyeh have been merged into one large electoral district, with 11 seats up for grabs.

Under Lebanon’s new electoral law, Tripoli, El Minyeh, and El Donniyeh have been merged into one large district, with 11 seats up for grabs.

A heated contest will pit Hariri against his once close ally and former Justice Minister Ashraf Rifi, with the latter expected to garner enough votes for his ‘Loubnan Al Siyada’ list to capture at least one seat.

Rifi, who resigned in 2015 following a dispute with Hariri, had emphatically objected to Hezbollah’s perceived rise in influence within Lebanon’s political sphere.

He withdrew from the Cabinet in the wake of Hariri initially nominating Marada Movement Chief Suleiman Franjieh, a close Hezbollah ally, for the presidency.

Karami, running under the banner of ‘Al Karama Al Wataniyya’, is a supporter of the Iranian-backed militant group Hezbollah and was appointed to his post in 2011 under Mikati’s Cabinet.

Simply put, the new electoral law based on proportional representation will break the Future Movement’s monopoly over the representation of the district where it secured the sweeping majority of seats in both 2005 and 2009.

Beirut’s second northern district is home to  290,636 Sunnis with 8 seats reserved for the sect; while Alawites, Maronites, and Greek Orthodox, who account for 5.78 percent, 3.35 percent, and 6.16 percent respectively, are allocated one seat each.

Despite the new electoral law breathing life into Lebanon’s civil society, their failure to unite under one list in Tripoli will diminish their chances of pulling off a convincing win, with Feghali telling Annahar that ‘Koullouna Watani’ and the ‘Independent Civil Society’ could win one seat at the most.

Former MP Misbah Ahdab and his alliance with the Islamist group, Al Jamaa Islamiyya, under the banner of ‘Al Karar Al Moustakkil’ are in a position to capture at least one seat as well, according to Feghali.

On May 6, Lebanese voters will cast their ballots across the country, electing their representatives for the first time since 2009 after Parliament ratified a new electoral law based on proportional representation across 15 electoral districts.