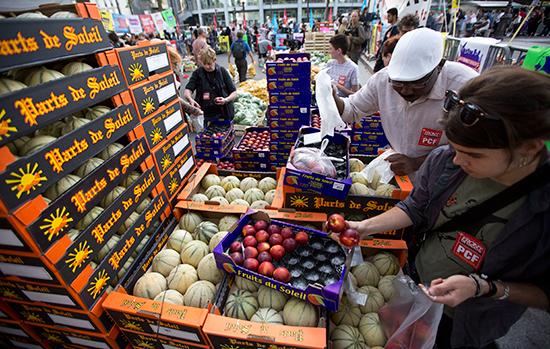 The European Commission presented a plan to help small-scale food producers that will ensure that all food sales contracts are honoured while tackling several types of unfair supply and distribution practices.

“Today’s proposal is fundamentally about fairness – about giving a voice to the voiceless – for those who, through no fault of their own, find themselves the victims of a weak bargaining position,” said the European Commissioner for Agriculture, Phil Hogan, who underlined the need to help smaller European producers as a means to empower all parts of the food supply chain.

The Commission has requested that each Member State designate a public authority to enforce the new rules, which will tackle eight types of unfair supply practices. An EU official described to New Europe the most common tactics that are common within the bloc, which sees supermarket giants pay for the supply of perishable products after 30 days, This has proven to be problematic as these products are almost always sold in far less time.

The new directive will not allow retroactive changes to contracts or last-minute cancellations that left suppliers with a series of perishable goods that could not be sold. Furthermore, the return of wasted or half-perished products to the supplier, a tactic that left distributors unpaid for the supplies, will no longer be tolerated. The European Commission also barred the practice of requiring a supplier to pay to be listed by a merchant unless an agreement is made upfront.

Merchants will no longer be allowed to force suppliers to provide a lower price for items that they would then list as on sale, which resulted in the supplier being paid less.

The European Commission said that the new rules would give leverage to small and medium-sized suppliers and companies, which often have no bargaining power against big retailers and food processors. The proposal, which still needs to be approved by the European Parliament and EU countries, already, received some industry pushback, after several trade associations suggest that the Commission is trying to provide solutions to problems that don’t exist.

The German trade association HDE called the measures “superfluous and harmful”, while consumer associations and NGOs welcome the proposal.