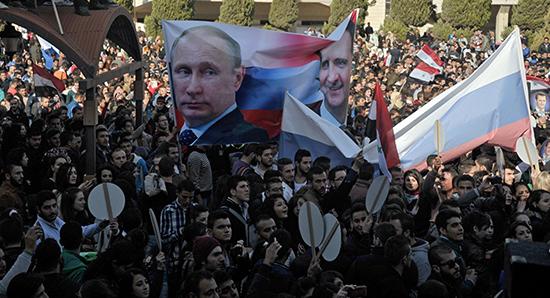 BLAGOVESHCHENSK (Sputnik) – It is currently enough for the United States to impose new sanctions against Russia only for Moscow’s presence on the international arena, according to Russian Foreign Ministry spokeswoman Maria Zakharova.

“If earlier we were told that we were being punished for Ukraine, now the wording has changed dramatically. They punish us in principle for the fact that we are present on the international arena. This is exactly how they formulate — for Russia’s role in international affairs. That’s all,” Zakharova said on Rossiya-1 on Sunday.

Zakharova, however, refused to comment on media reports citing a letter of US Ambassador to Russia Jon Huntsman, in which the diplomat informed the Russian Foreign Ministry about US plans to impose new sanctions against Russia.

Relations between Moscow and Washington have recently been at what US President Donald Trump has called its lowest point. On April 6, the US Treasury Department added 38 Russian entrepreneurs, senior officials and companies to its sanctions list, in response to Russia’s alleged “malign activity.”

Commenting on the latest developments in Syria and the poisoning of former Russian intelligence officer Sergei Skripal and his daughter Yulia in the UK city of Salisbury in early March, Zakharova said that there is some connection between these two issues.

“There is much in common between Syria and the Salisbury case. And again we talk about media. Look at the reports of French special services that were released immediately after the bombing [of Syria]… They said that media and social networks had provided the main arguments. The same phenomenon can be seen in Skripal case, everything goes through media,” Zakharova stressed.

Zakharova called the similarity of the two events a “killing propaganda.”

In March, Russian spy Sergei Skripal and his daughter Yulia were found unconscious on a bench at a shopping center in Salisbury. The UK accused Moscow of orchestrating an attack with what UK experts claimed was an A234 nerve agent. Soon after the incident, London announced the expulsion of 23 Russian diplomatic workers. Over 25 countries have since expelled Russian diplomats ‘in solidarity’ with London.

Moscow has denied having any role in the poisoning, pointing to the lack of evidence provided by London to substantiate its accusations. Russia also offered its assistance in the investigation. However, Moscow’s request for samples of the chemical substance used to poison Skripal was rejected.

The situation in Syria significantly escalated over the last week following an alleged chemical attack in the city of Douma, located in the embattled Damascus suburb of Eastern Ghouta, reports of which first emerged last Saturday morning. The European Union and the United States have rushed to blame the forces of Syrian President Bashar al-Assad for the incident, but Damascus has refuted the allegations.

On Friday night, the United States, France, and the United Kingdom launched missile strikes on a number of targets in Syria in response to the alleged chemical incident in Douma. Syrian leadership has denied involvement in the attack, and invited experts from the Organization for the Prohibition of Chemical Weapons (OPCW) to investigate the reports.