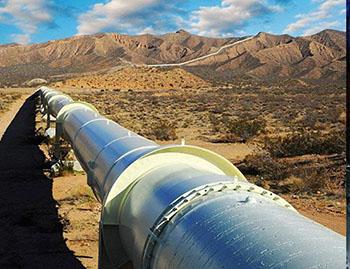 The very word pipeline these days seem to put a lot of people on edge. It has somehow become a synonym of evil. Yet pipelines are simply infrastructure for transporting liquid and gaseous hydrocarbons from one place to another. The reason they are necessary is that oil and gas have to go places—places where they are needed by both supporters and opponents of the fossil fuel industry. We all use electricity.

There is now a growing problem with oil and gas pipeline capacity in North America, and the solution involves opponents embracing common sense, which says that you cannot “keep it in the ground” and have the lights on securely at the same time.

Geologist James Conca exemplifies the impossibility of eating your cake and having it too with New England. New England is very pro-renewables and anti oil, gas, and nuclear. It is closing its nuclear plants faster than it is adding renewable capacity, and it is paying through the nose for emergency LNG cargoes when electricity demand jumps. Why? According to Conca, it’s because the state doesn’t want the new pipelines it needs and it also doesn’t want the additional transmission lines from Canada to import more hydro-generated power. As a result, the state is suffering blackouts.

If you haven’t been following the headlines from Canada recently, the situation is not much different there. A lot of people don’t want the Trans Mountain oil pipeline to be expanded. They don’t want any pipelines to be expanded or built. But another group of people finds that this pipeline’s expansion is essential for turning Canada into a truly international oil player.

It’s true that Canada’s heavy oil is dirtier than gas, and that transporting it is more expensive than transporting regular crude because it needs to be diluted to a liquid form. But Canada needs the international markets as production continues to grow on both sides of the border, but demand is not sufficient to absorb all that Alberta’s producers have to offer.

What pipeline opponents like to point out is the danger of spills—a legitimate issue. Yet these same people seem unconcerned about the higher spill risks inherent in railway transportation, which Canadian producers are forced to resort to due to pipeline capacity shortage. If we are talking about statistically calculated risks, then these are the lowest with pipelines, especially in the age of environmentalism when every pipeline project is the object of very close scrutiny, causing pipeline builders to avoid cutting corners.

What pipeline proponents, on the other hand, like to point out is that a lot of the pipeline network in North America is old­—some of it older than half a century. The older a piece of infrastructure, the higher the risk of a breakdown. Yet the anti-pipeline lobby is against that, too, for reasons that are not precisely clear.

Pipeline replacement should be easy enough, but it is not: Enbridge’s proposal to replace the aging Line 3 was met with severe opposition, despite the fact that the replacement is supposed to make the pipeline safer. Pipeline replacement can also—in certain places—eliminate the need for new infrastructure, Conca notes. A minor expansion of the diameter of the pipes can increase the flow of oil through them quite substantially—by a factor of four, in fact.

One would think that people would choose the “lesser evil” of expanded pipelines to new ones, but it appears that anti-pipeline opposition is a very single-minded thing—its supporters want no pipelines, period. Of course, no pipelines at all would mean blackouts, and a lot of them—renewables have yet to fully replace oil and gas, and be as cheap—but somehow this doesn’t seem to be a concern. Perhaps because it hasn’t started happening everywhere and the reason it hasn’t started happening is that there are pipelines.