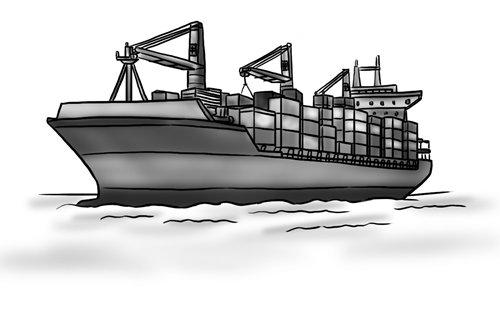 US-China trade friction has intensified, and one excuse that the Trump administration has used for trade protectionism against China is that China has been stealing US jobs, especially in the manufacturing sector.

But bilateral trade has nothing to do with unemployment in the US.

China itself or trade with China is merely scapegoats. The US is being a fault finder without realizing that the real reasons are internal, and the trade conflict will jeopardize manufacturing jobs on both sides.

Although trade protectionism may hurt Chinese exports and industries, they won’t make jobs return to the US. The US demand for manufacturing jobs has decreased along with the nation’s industrial transition, which has resulted in improved productivity.  Starting in the 1980s, manufacturing shifted out of the US. There were the Four Asian Tigers. Then came China, which entered the WTO in 2001 and grew into the world’s manufacturing center. After China, Southeast Asia will likely attract most jobs because of labor cost advantages. Even advanced manufacturing won’t necessarily go back to the US.

Modeling and simulation based on the general equilibrium theory and its value system have shown that tariff protectionism, unilateral or bilateral, can only hurt both sides. According to a study that I headed in the Institute of World Economics and Politics at the Chinese Academy of Social Sciences, China will lose 1.81 percent of its manufacturing jobs if the US imposes 30 percent overall tariffs on Chinese products, while 0.14 percent of US manufacturing jobs will be gone as well. If China adopts the same level of tariffs in retaliation, that will eliminate 1.86 percent and 0.96 percent of the jobs in China and the US, respectively. By trying to save manufacturing jobs through trade friction, US President Donald Trump has the wrong idea.

Conventional thinking is that Chinese exports have replaced the US domestic manufacturing sector and the jobs in that sector as well. But this opinion does not stand up to closer scrutiny. Products exported to the US are mostly labor-intensive, and labor costs determine that the US does not have advantages in this area. The international division of labor has a fixed pattern. The US cannot and will not have dominance in the manufacturing field.

The development of multinational corporations has distributed organized production synergies worldwide. Corporations allocate their industrial chains among countries to minimize costs and maximize profits. China’s dominance in manufacturing or US advantages in design and marketing both result from global market resource allocation.

The US cannot have both. It is not optimal to have all manufacturing in the US when it occupies high value-added sectors. Suboptimal allocation can hurt its own interests.

Stubbornly, Trump insists on going against the market and comparative advantage and forcing manufacturing industries to relocate in the US. Indeed, there have been some such relocations recently because artificial intelligence and robots have brought down some costs. Overall, however, the US can’t lead the manufacturing industry because of its high labor costs. Starting trade disputes with China is shooting itself in the foot.

Neither China nor trade with China can be held responsible for “stealing jobs from the US.” Meanwhile, rising trade protectionism can only hurt the US job market, not help it.

The author is an associate research assistant with the Institute of World Economics and Politics at the Chinese Academy of Social Sciences. [email protected]