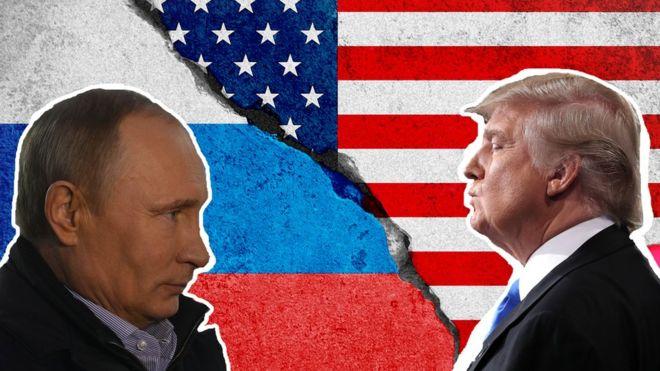 On Monday, White House spokesperson Sarah Huckabee Sanders said Washington is considering new anti-Russia sanctions in response to the alleged chemical weapons attack in the Syrian town of Douma, but no decision has been made yet.

According to The Washington Post, citing unnamed sources in the US administration, President Donald Trump has ordered to postpone the introduction of new sanctions after a comprehensive discussion with his aides.

The future punitive measures against Moscow were announced by US envoy to the United Nations Nikki Haley on Sunday, who said Washington was readying to sanction Moscow for supporting the Syrian government.

She said that the restrictions would hit the companies that are allegedly “dealing with equipment related to Assad and any chemical weapons use.”

According to sources, Trump was “upset” that the sanctions were presented, as he “was not yet comfortable executing them.”

A senior administration official also said the sanctions had been developed as part of a comprehensive plan for potential military and economic measures that Trump could take against Damascus and Moscow.

Western states have accused the forces of Syrian President Bashar Assad of an attack with the use of chemicals in the Syrian town of Duma earlier in the month. In response to the alleged incident, the United States, the United Kingdom, and France hit a number of targets in Syria early on Saturday.

Russia, one of the supporters of the incumbent Syrian president, said that representatives of its Reconciliation Center for Syria visited the place of the alleged chemical attack and questioned local doctors, who said they had not received individuals with symptoms of chemical poisoning. Russian Foreign Ministry spokeswoman Maria Zakharova said on Saturday that the strikes came just as Syria had got a chance to achieve peace.