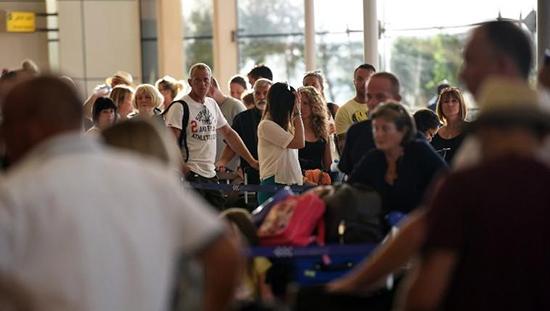 The number of foreign visitors to Turkey is expected to see a record-high in 2018, according to experts and politicians.

While the country hosted 36.8 million foreigners in 2014 and 36.3 million in 2015, the figure decreased sharply to 25.3 million in 2016 but rose again to 32.4 million last year, according to data from the Turkish Statistical Institute (TÜİK).

“Turkey will see 40 million foreign visitors and its income will climb over $30 billion by the end of 2018,” Association of Turkish Travel Agencies (TÜRSAB) President Firuz Bağlıkaya told Anadolu Agency on April 14.

Bağlıkaya said the number of foreign visitors, which increased by 34.91 percent year-on-year in the first two months, indicates the target of 40 million tourists would be achieved this year.

Turkey welcomed three million foreign visitors in the first two months of 2018 during its winter period, according to the Culture and Tourism Ministry.

Reservation demand for 2018 summer period was also positive, he said.

“Demands from Germany and Russia, which are Turkey’s main tourism market, are very positive. Germany’s demands have increased by 60 percent and Russia by 30 percent,” said the TÜRSAB president.

Turkey also expects the number of visitors from the United Kingdom and the Netherlands to rise in 2018, Bağlıkaya said. Turkey’s southern province Antalya and Aegean region are the leading tourist destinations in the country, he added.

Previously, Deputy Culture and Tourism Minister Hüseyin Yayman said Turkey had entered a period of stagnation in the tourism sector after the Fethüllahist Terrorist Organization’s (FETÖ) coup attempt in 2016, but the sector improved in 2017.

“Turkey’s Europe tourism market will rise 15-20 percent and the country will host 38 million guests in this year,” said Duran.

Culture and Tourism Minister Numan Kurtulmuş had said Turkey’s 2023 targets for the tourism sector are 50 million tourists and $50 billion in revenue.