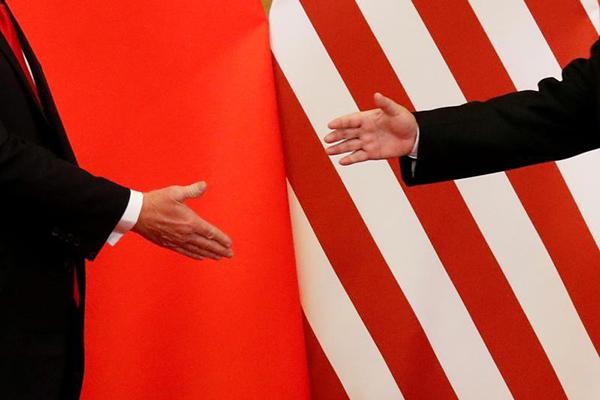 Any trade war between the United States and China is worrisome, but if it escalated and tariffs imposed, “it will hit Washington particularly hard,” said a former business leader in the US west Pacific state of Washington on Wednesday.

“Avoiding that possibility should be our primary goal,” Don Brunell, retired president of the Association of Washington Business, the state’s oldest and largest business organization, wrote in the state’s weekly the Sequim Gazette, which was published on Wednesday.

Washington state is America’s third largest exporter with more than half of the containers leaving the Puget Sound heading to China, he said.

“The Port of Seattle estimated that China trade alone accounted for 18 billion US dollars last year and 40 percent of our state’s jobs are now tied to trade,” he said.

“For Washington the immediate threat is the 15 percent tariff which may be placed on cherries, apples and wine,” he said, adding that with the cherry crop ripening in early summer, the impact would be the most noticeable.

Brunell’s comments came after US President Donald Trump’s administration threatened early this month to slap 25 percent tariffs on a list of 1,300 Chinese products worth 50 billion US dollars.

In response, China announced it would impose tariffs of between 15 percent and 25 percent on 106 types of products from the United States worth 50 billion dollars.

“If a 25 percent tariff was levied on Boeing commercial aircraft, it could hurt Washington and impact the company’s orders, deliveries and production,” Brunell warned.

He said the US aerospace giant Boeing has delivered over 1,000 737 passenger jets to China, and it has recently listed 273 unfilled orders of 737 destined for China airlines.

“In addition to airplanes and farm products, our state exported over 1 billion dollars in vehicles and parts, wood products, medical and surgical equipment and other goods,” Brunell said.

“A deal needs be worked out which will give us better protections for intellectual properties and a more even playing field for our products,” he suggested.

The best approach would be to bring people to the bargaining table, he said.