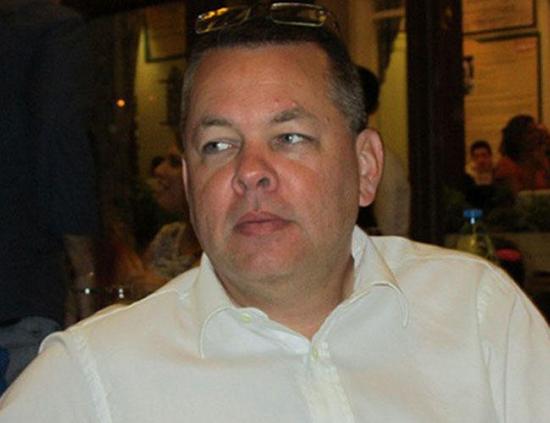 Imprisoned U.S. Pastor Andrew Brunson is set to stand trial in a Turkish criminal court for the first time on April 16, with U.S. officialssaying they want to attend the hearing amid signals of easing bilateral tensions between Ankara and Washington.

The U.S. government will be represented at today’s hearing if the court decides to hold the trial open to the public, a senior U.S. official told the Hürriyet Daily News on condition of anonymity.

The U.S. official reiterated his country’s concerns not only about Brunson but also other detained U.S. citizens and local consulate employees in Turkey, a key point of strain between Ankara and Washington.

He stressed that the strong interest of the U.S. government — the Donald Trump administration and Congress — has been made “crystal clear” to the Turkish government.

“If the state of emergency did not exist there is no way a Turkish judge would entertain these cases,” he said.

Brunson, who has been jailed in the western province of İzmir since December 2016, has become a symbolic name in a string of arrests in Turkey and has received considerable attention from U.S. lawmakers. The indictment accuses Brunson of being linked to the Fethullahist Terrorist Organization (FETÖ), widely believed to have orchestrated the 2016 failed coup attempt, as well as the outlawed Kurdistan Workers’ Party (PKK).

Prosecutors demand 15 years of imprisonment for “committing crimes on behalf of terror organizations without being a member,” while up to 20 years were sought for “political or military espionage.”

The indictment said Brunson was allegedly involved in converting Kurds to Christianity with aims to establish a Kurdish state for them.

His case has received considerable attention in U.S. media.